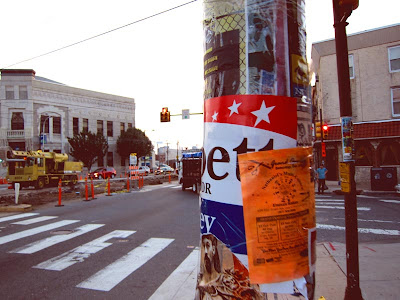 After our very late night of very awesome awesomeness I'm less than impressed to have Junior waking me up so early on Tuesday morning.

Indeed Evan had promised to make us burritos before we left, but that never happened. Instead we had to rush to the venue to be there by our call time of 3. We'll landed arriving well ahead of time and then sitting around for hours, but I'm getting ahead of myself. Back to Jun dragging me out of bed...

If on that Tuesday morning I knew what a luxury it would land up being to actually wake up in the city we'd play that night, I'd have appreciated our day in Philly a bunch more than I did. But that's not to say I didn't enjoy our day in the hometown of the Fresh Prince. We head to Target to get a sheet for visuals. Then we go to radioshack to buy some batteries. We leave with 3 times clampable little lamps (so the band can still see thier pedals when the visuals out), 1 times iPod DJ console for Lex and a brand new casio keyboard that's bizzarely still being produced with an identical soundchip to the one used in the one from the mid 80ies that Jun plays on. With this godsend back-up keyboard in hand we finally break out of Radioshack and head through to the venue. Outside, for the first time, I lay eyes on the colossal godzilla bus Los Campesinos are touring in. 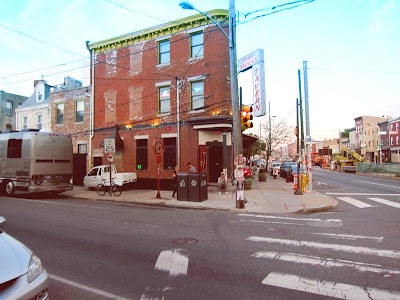 Inside I quickly get half introduced to some of the Campesinos and their merch girl Kelly. Then I hang in the venue, working on editing the video from the previous night's awesomefest, while the Campesinos soundcheck. This takes forever. Eventually we head to the downstairs bar for a draught. Sitting in a little row at the bar we're joined by a stranger I initially think is an American. This misconception is soon corrected as said stranger sweetly introduces himself as Rob Campesino, the band's newest member and the kid that needs to play the most different instruments. While his job description sounds pretty cool, it'll still be a while before I understand just how cool it is. 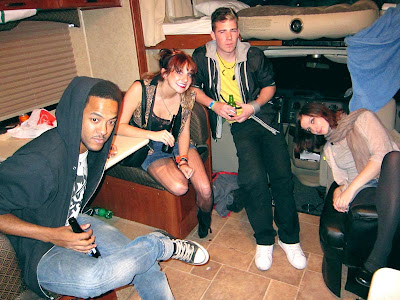 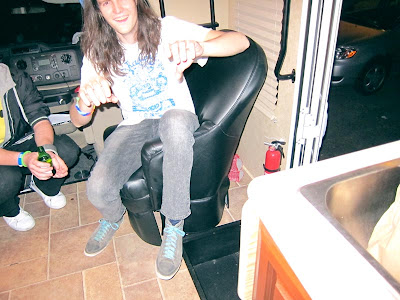 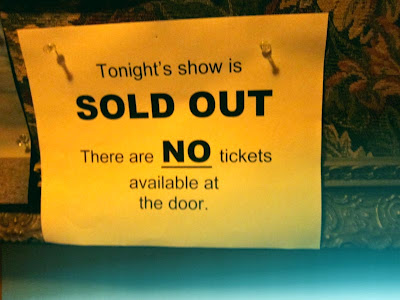 Fast forward a few hours. The venue is now packed. The show has sold out. We take to Johnny Brenda's awesome stage, and as the band play our Top Gun intro tune I stand looking back at the huge screen that's slowly rolling down from the ceiling. As the screen become fully extended, Top Gun ends and Jun starts bashing out the opening beat of Feels Like Summer. 20 seconds later I'm throwing myself around said stage and proceed to have 40 something minutes of totally awesome times. The next thing I know the screen is crawling back up towards the ceiling and our set is over.

Head backstage for few minutes, catch my breath and then head back out to try find Jeff and Nic, the Sprinkle Kingdom Knights that were able to make the show. Before I find them I'm approached by a dozen different people, each telling me how much they enjoyed our show and chatting to me about the fact that I was using a keytar to trigger visuals. It's so nice getting such positive feedback from the audience. Maybe it's that we're a band from overseas, but back home, after a show, I'd never have so many strangers come over just to say they liked what I was doing. Eventually I find Nic and Jeff. We hang out and then realise it's almost time for Los Campesinos to start their set. We squeeze back into the venue and what follows is just awe-inspiring genius. 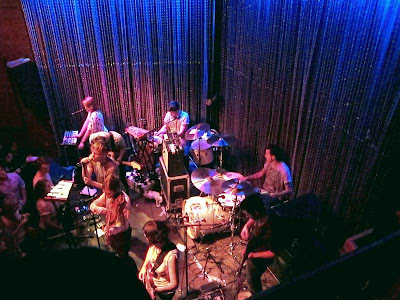 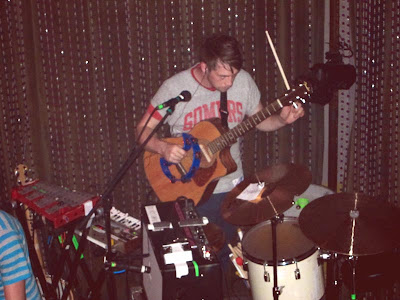 Guitars, keys, glock, tambourine, vocals & drums! This is why Rob has the most fun job.

Hearing the Campesinos live I can understand why they took so long to soundcheck. Right now the band's eight boys and girls sound more like 1 unified whole than any band I've ever seen. Despite being so many kids playing so many instruments, their sound is so coherent, as if it's a fully produced recording being assembled right in front of me. 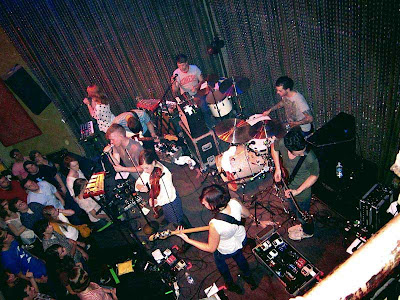 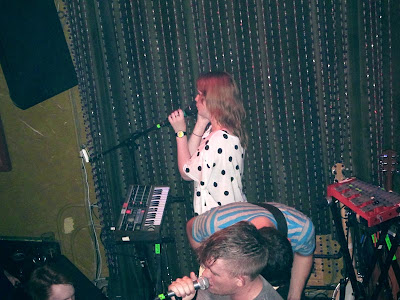 When Lex told me we'd been invited to tour the states in support of Los Camp i was obviously insanely excited. But considering my literal inability to speak when I met Q and not U back in 2004, I am kinda relieved that I'm not a crazy Los Camp Fan. AT least I'd be able to speak to the kid while we toured with them. I was into the band massively in thier early days. Somewhere there's video footage of me DJing them for the first time in June 2006 at a Sovereign Academy party. I was playing a demo of You me Dancing! and just having the time of my life, so I happy I could share a song like that with a dancefloor of people. I'd excitedly followed the band's progress from that single, got Ri to pre-order me a vinyl copy of their 10" EP "Sticking Fingers into Sockets" and did the same thing when the band released their first album "Hold on now youngster". But, while i loved that album, I stopped following the band there. Since then they released 2 more full albums, but for some strange reason I never got hold of them. So I was kinda glad to be able to be supporting the band, not being this fan-boy that had a copy of everything they ever released. Now, seeing the band live for the first time, I'm even more glad to have missed the last 2 albums. Seeing Los performing them right in front of me and hearing these songs for the first time is just too awesome. 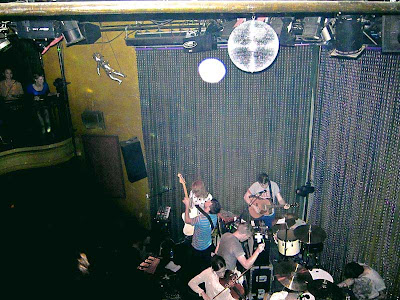 The combination of being in this fantastic city, getting to play it with one of my favourite bands and the sheer joy of seeing Los Camp live has left me feeling totally high. We hang around, eat what is most likely the best burger I've ever had and drink beer that's surprisingly great considering the label says "Fish Town". 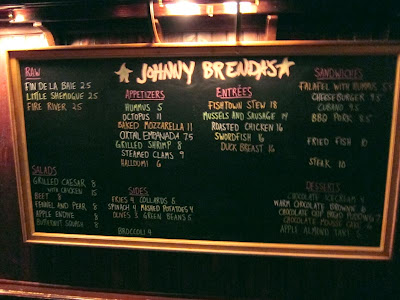 Lex gets mad drunk, Francis get's mad at mad drunk Lex. Lex responds by bringing half the Philly friends we've made to the Canadream and making a ton of noise. Francis freaks out some more. 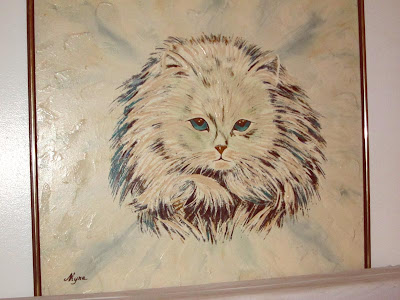 The night ends under the watchful eye of a giant kitten. Sitting on the floor of Nic's lounge it feels like a total sequel to ending last night off sitting on the floor of the Sprinkle lounge. As it grows later and later we eventually deiced we should head back to the Canadream. I climb into the bed I've been left with. As I try find some way to get comfortable I wonder about the child this space is supposed to sleep. Is it a midget child? Or maybe one that's had his legs sawn off to fit into this thing...
Posted by Ben Rausch at 3:21 PM