Dynamo Jo Fo is going down tomorrow night! We've been collecting photos of the fantastic prizes our sponsors will be hooking the Dynamo family up with. I have to say, this is by miles the most absurdly massive, awesome collection of free stuff we've had to give out at one of our parties EVER!!! DIY fashion phenomenons Delight have hand made 50 of these zuber-rad ghosty plushy keyrings: 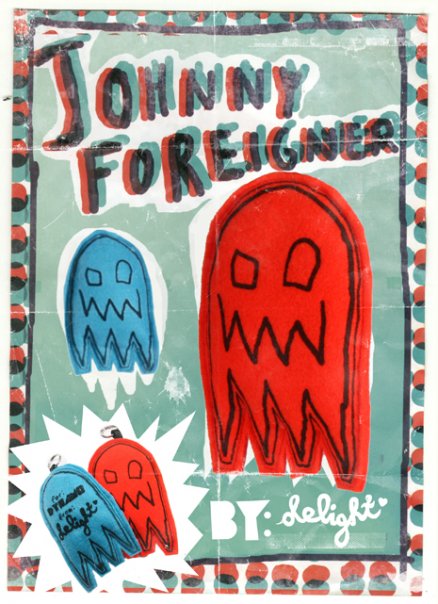 Accessory royalty Hello Fox have graciously assembled 10 rings and ten sets of earrings for the girls. 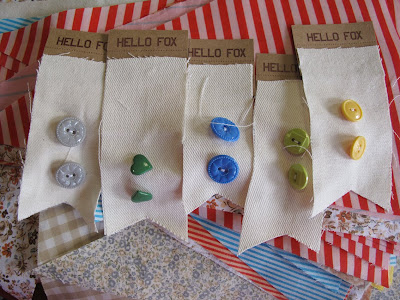 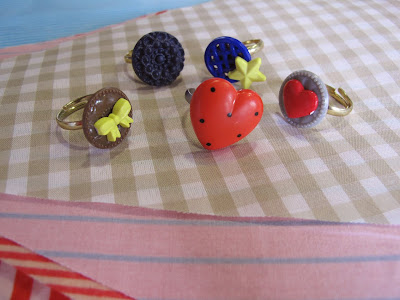 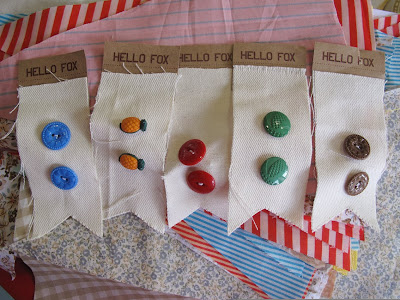 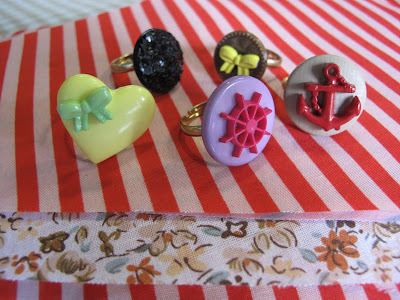 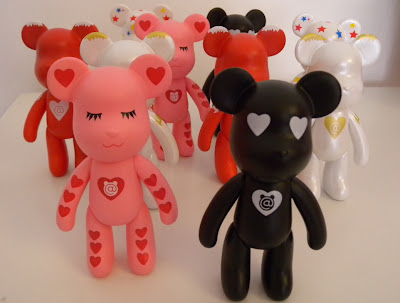 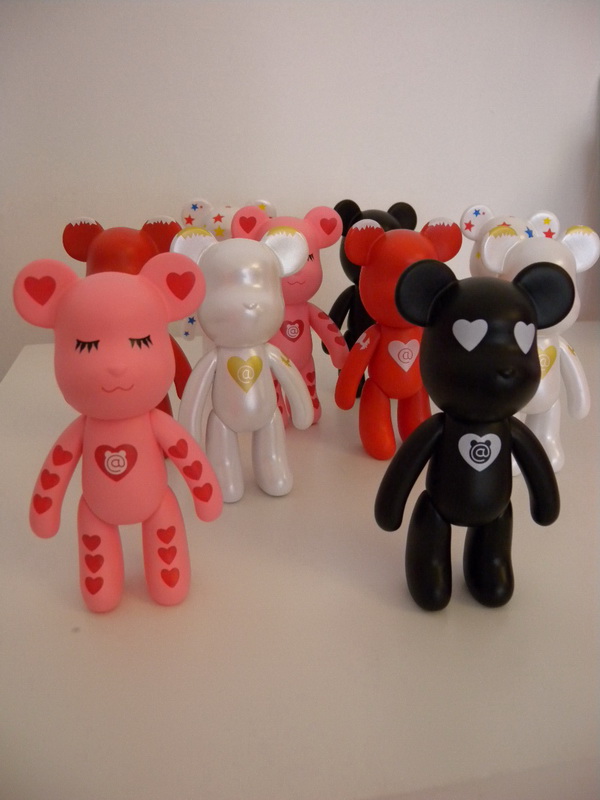 Pretorian awesomeness factory KRNGY are sponsoring a great collection of their handmade badges... 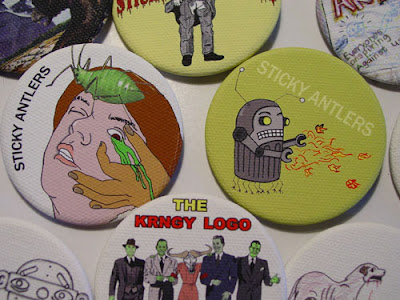 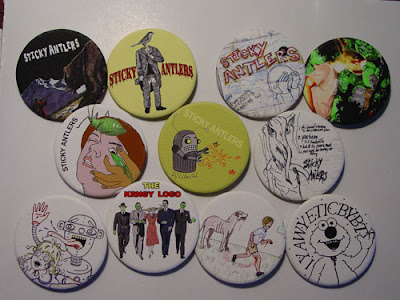 ... plus the last remaining monster plush in their Slime-o-saurs series. 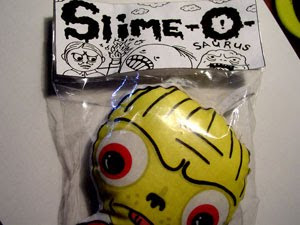 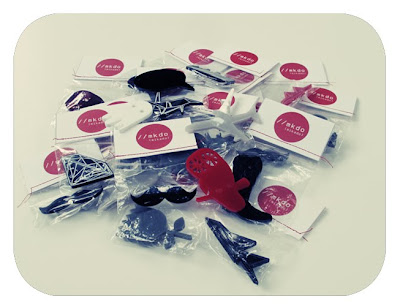 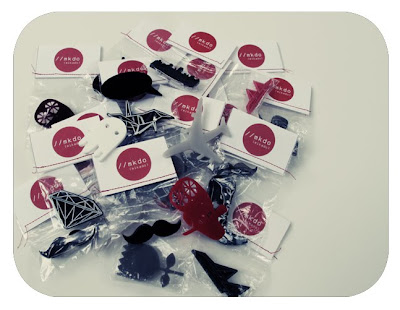 This massive collection of prizes will be given out over the course of the night to the partY's best dressed boys and girls, so be sure to rock that cardboard! And if this collection of sponsored prizes weren't enough - check out what Jo Fo's label Best Before Records have sent us to give you too: 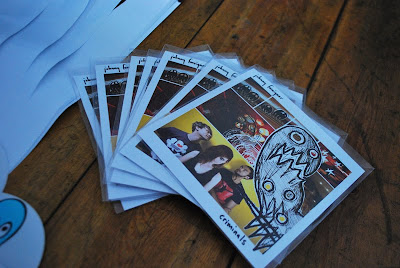 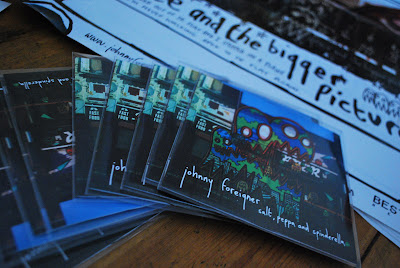 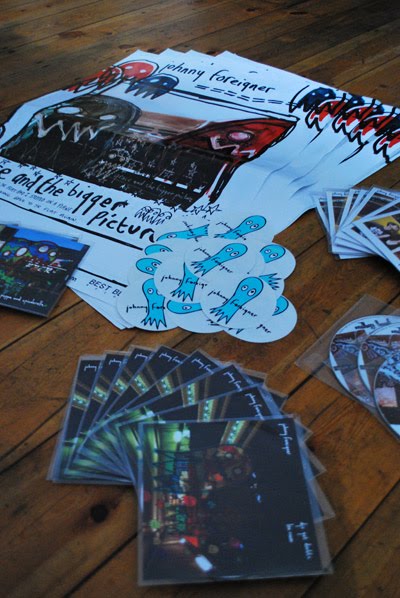 It's like some kind of absurdly awesome dream that we aren't waking up from.

No time to write - Anja's harassing me because we're already supposed to be heading into the Winelands to meet the buitelanders for lunch on some wine farm. In the mean time, read what the ghosts have to say about the past few days.

STELENBOSCCHCHCHCHCHCH!!!!!!
Posted by Ben Rausch at 11:15 AM No comments:

Email ThisBlogThis!Share to TwitterShare to FacebookShare to Pinterest
Labels: Johnny Foreigner, life is awesome, We pray for moments like this

A couple days ago I put together this TV ad for the tour. It could be playing on MK right now...

Ghosts on a plane!

AAAAAAGGGHHHHH!!!!
Posted by Ben Rausch at 8:47 AM No comments:

We made robots pt.4

With the forthcoming tour of ultimate awesomeness, I've again become so busy I've not been able to find time to keep making Animal Calls as frequently as I'd like. Things probably won't be much better until early March, once The Ghosts have been busted and sent on their way back to Birmingham. Till then, all I can promise is I'll at least once a week provide a little report on what's been going down.

This weekend was kinda crap. Well compared to the awesomeness that seems to be going down almost every weekend it was really crap, although it ended off with a fair amount of awesome, so it wasn't to bad.

Basically pap+steak+beer+non-stop dancing to the sounds of Baggy Dog = a Ben with really really Chronic stomach ache. For like 36 hours. It was horrible. Friday and Saturday were mostly write-offs, and my body couldn't have picked a worse time to have me confined to my bed. I still got small pockets of work done, which included a couple clips of Jo Fo visuals and far more excitingly watching my dad modify a really old guitar case so that my keytar fits into it. This is an incredibly exciting new development in Sassville as for over 2 years I've been touring with my synthaxe in the brown cardboard box it came in.

Yesterday was luckily the silver lining in my cloudy weekend. Over the course of the afternoon Richard, Jared, Rox & Sis, Claudette, Maria, Joe, Pat and Rachel swung by to build electric ghosts. Robot building seniors Cam and Col were of course also around. But with Matt and Rod (the other two members of their former band of supreme greatness GIFT) in town, Cam and Col spent most of the day in Matt Suttner's recording studio. 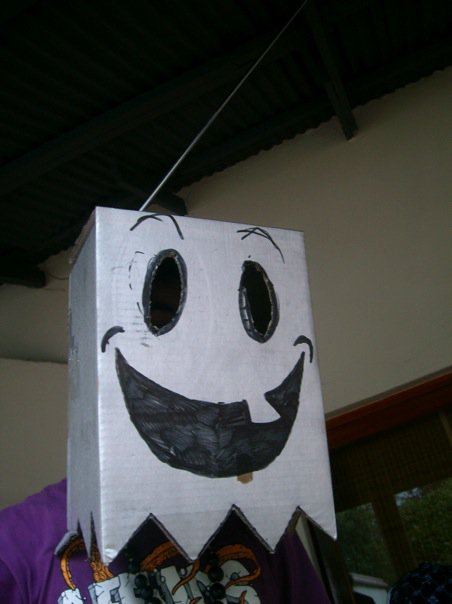 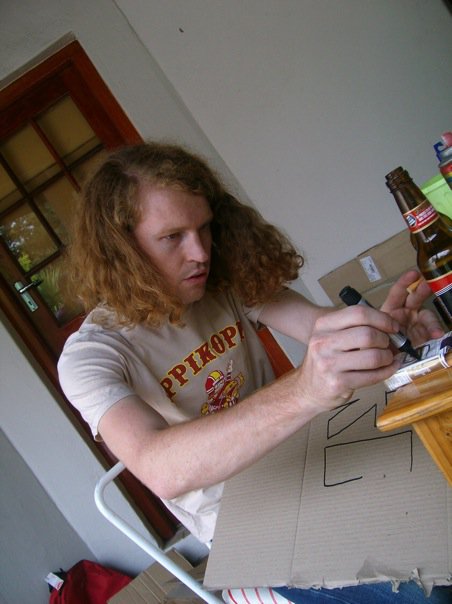 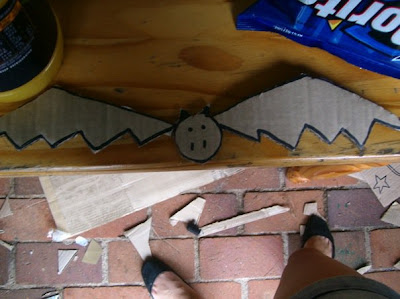 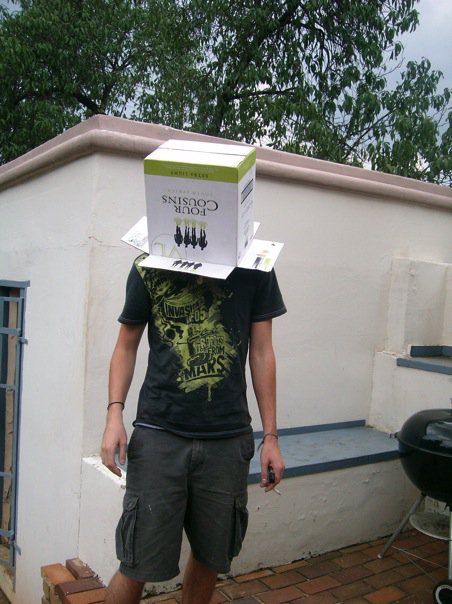 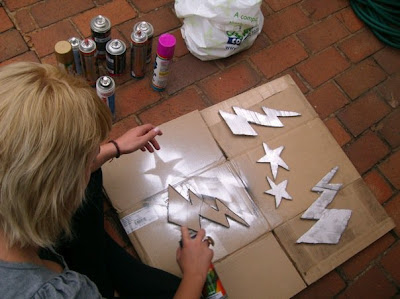 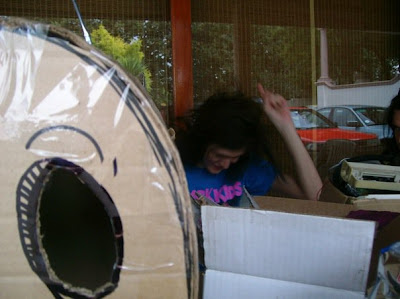 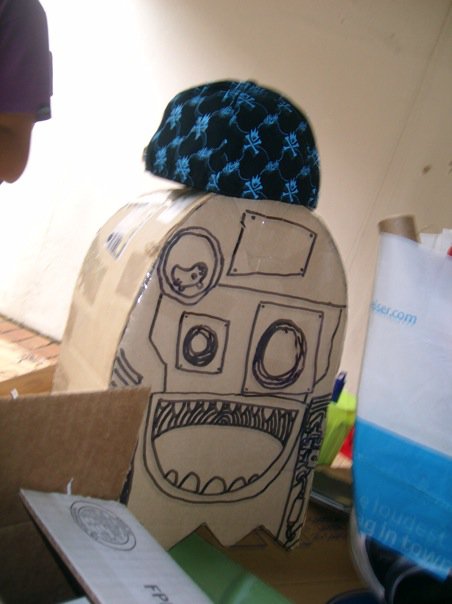 Fun time. I'll leave you with a little video we shot yesterday, explaining just how easy it'll be for anyone to get into Dynamo Jo Fo at a reduced fee!

Dynamo Roboghosthead How To from Ben Rausch on Vimeo.

We do this all the time: Tutubox!

Here's what you get when you multiply one of Pretoria's most fun bands with it's most fun venue! 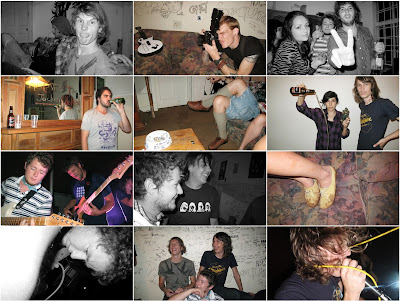 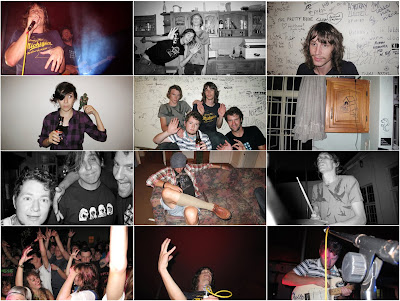 Desmond and the Tutus at Hotbox, as documented by Angie!
Posted by Ben Rausch at 3:44 PM 2 comments:

Email ThisBlogThis!Share to TwitterShare to FacebookShare to Pinterest
Labels: Desmond and the Tutus, Hotbox, Lucky Pony, We do this all the time

You are invited! Dogbox Tequila!

It's time for another installment of your favourite Animal Call series named after a song by my 3rd most loved international band of the past decade, the ultra huggable Dismemberment Plan. This time I'm very happy to invite all Joburg kids to the very first non-Preotria-based installment of Hotbox and Griet's ever manic "Dogbox" series of parties. 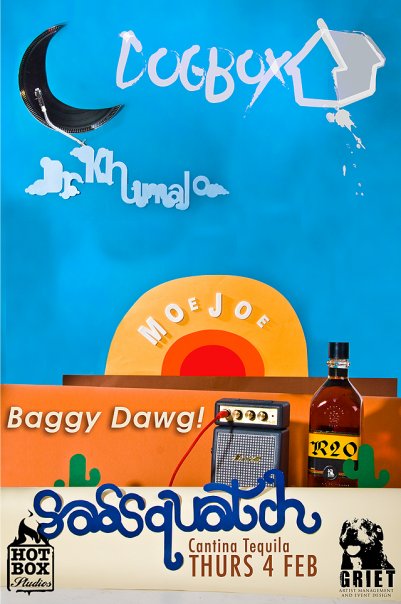 For Dogbox's first expedition outside the walls of it's home in Hotbox Studios, the doggies have deiced to throw this debut Joburg episode in linden's Cantina Tequila. I'll be playing some songs for you alongside fellow Dogbox resident, Moe Joe. I'm also very happy to be able to say the night will also be co-soundtracked by new kid on the block Doctor Khumalo and all the way from the Awesomeland of Desmond and the Tutus, Baggy Dawg!

I shouldn't need to tell you the previous Dogbox nights have been total carnage, and if I do then you should just scroll down a post or two and check out the photos from Foambox.