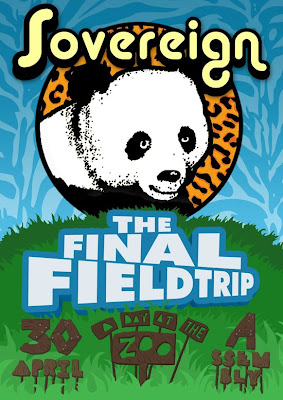 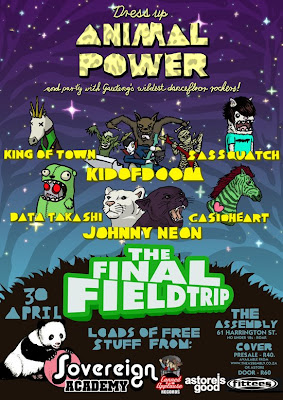 We're coming back down to Cape Town!

We kinda promised that after Halloween there would only be one more Sovereign, but after seeing how cool The Assembly is and how much we loved the last Sovereign in CT we had to throw one last party down there too. Here's some stuff to get you into Animal Power mode!

This past weekend my favorite Cape Town based band came up to Gauteng to launch their first album.

It's a pretty absurdly cool disc called Phosphenes, which the band (having 3 producers in amongst it's 4 members) recorded and produced themselves. Genre wise the album incorporates folk, punk-funk, electro and space influences into something incredibly diverse and original, a trait that even further exaggerated by the fact that lead vocal duties are split between three of the members.

Here're two of my favorites:

Live the band really kill and both the Joburg and Pretoria Launch parties were too fun. With set-lists that seem more like they were assembled by a DJ than a band, building up and breaking down, along their way to working the crowd up into a frenzy, Unit R are probably the closes thing South Africa has to a live dance band.
Posted by Ben Rausch at 11:28 AM No comments:

... at running this thing.
6 months and no follow up to the first post, what a joke.
I guess my problem is that I'm painfully slow at EVERYTHING, meaning that if I wanted to write a rather in depth post about something happening here it would land up taking me half a day.
But no more! I'm gonna limit myself to 20 minutes every couple days to put something up here.
I think these few lines have already gotten me a little over time budget so if you're reading this, here is a ridiculously awesome song for your ears to enjoy: