My brain is currently struggling to process how awesome life is going to get in a few days. On Saturday, some of my favourite humans will be closing the 14,661km distance currently standing between us. A few days later, I'll join them in doing the thing that makes the five of us most happy in this life; falling around a stage and singing and screaming and smiling together like five felines that broke into a catnip silo.

Looking forward to this tour, it hit me recently; Johnny Foreigner are the one band that I've (by far) spent the most time with. This is both on stages and off of them. This sounds insane for a dude from Pretoria and a band that live on the opposite end of the world, but it's true. Between two trips across the USA, a quest through Europe and a tour of the UK, I've easily played more shows (and covered more ground) with Jo Fo than I ever got to with Kidofdoom, Eyes Like Mirrors and Johnny Neon combined. I hold my travels with the band as some of my most treasured memories. And it's an adventure that started at home, with the string of dates that formed the band's 2010 SA Tour.

Four years on from that, I'm ecstatic to be getting the band back this incredible country. They're pretty pleased about this too. To put this tour together, I teamed up with one of my other favourite humans (hi Henk!) and together, we've arranged a pretty stellar set of shows (if I do say so myself!). Jo Fo will be playing some of my favourite spots, sharing stages with a truckload of other favourite humans (hey everyone!). Here's a breakdown of how Johnny Foreigner's "Trip Over Timezones SA 2014 Tour" will be playing out... 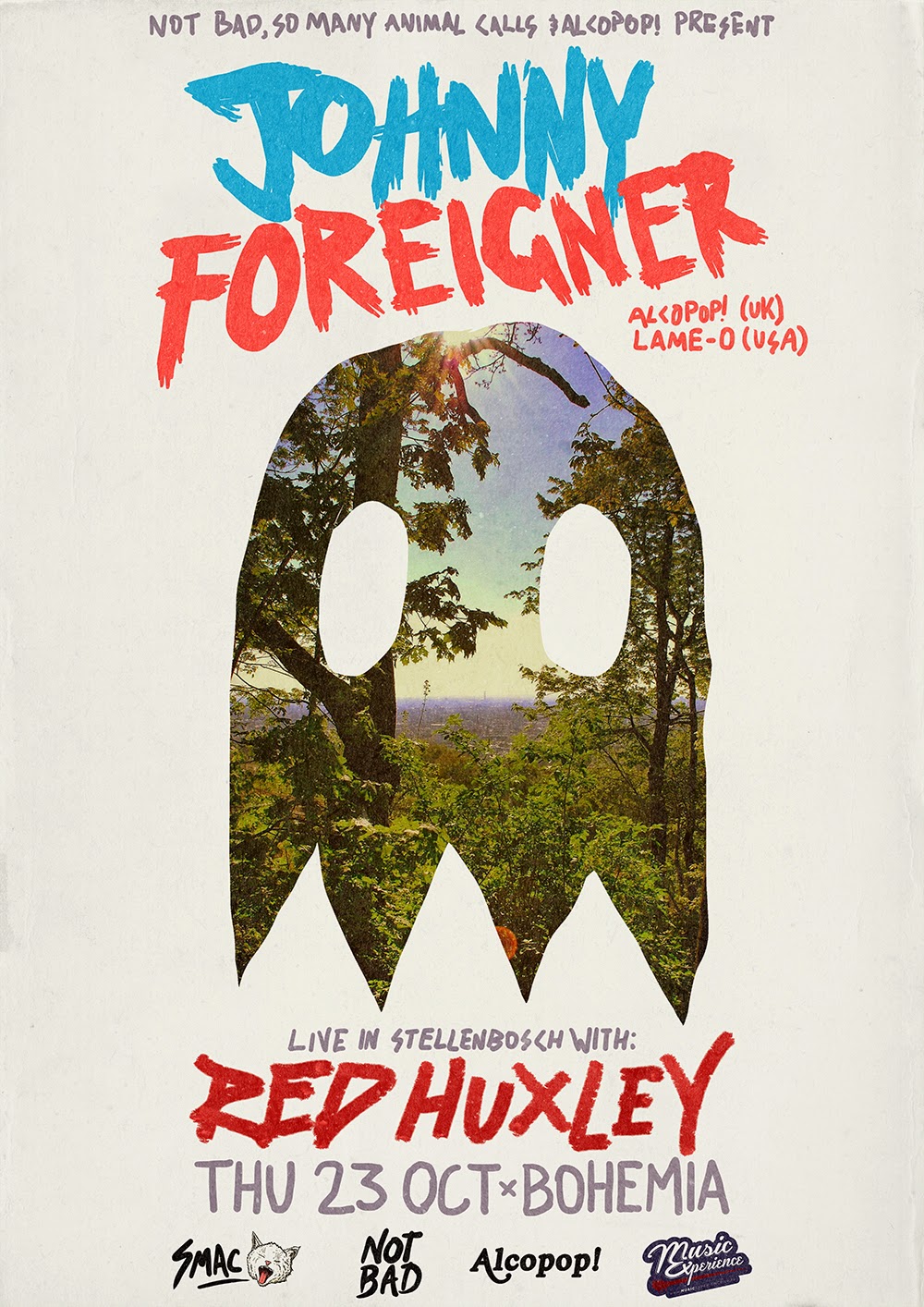 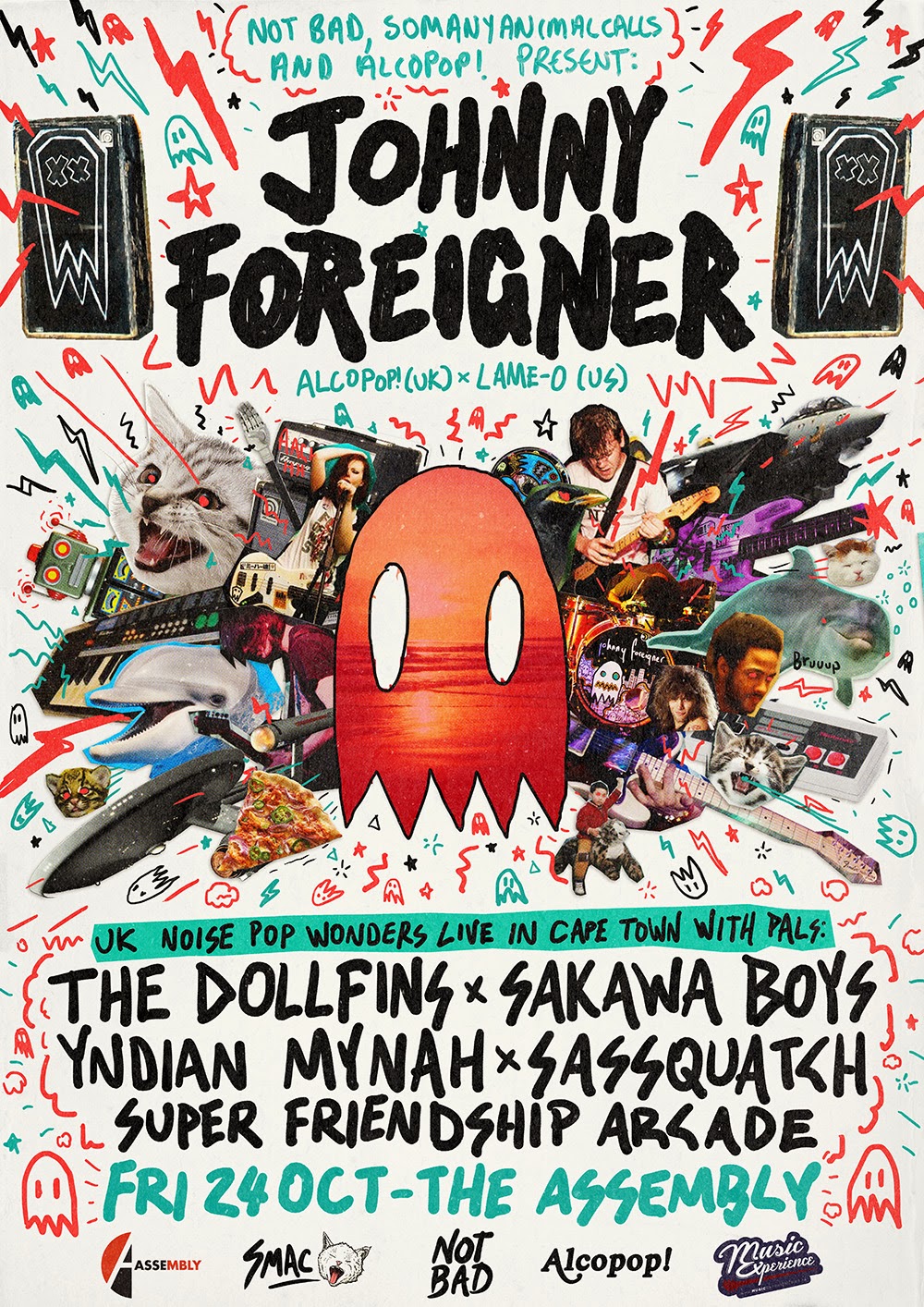 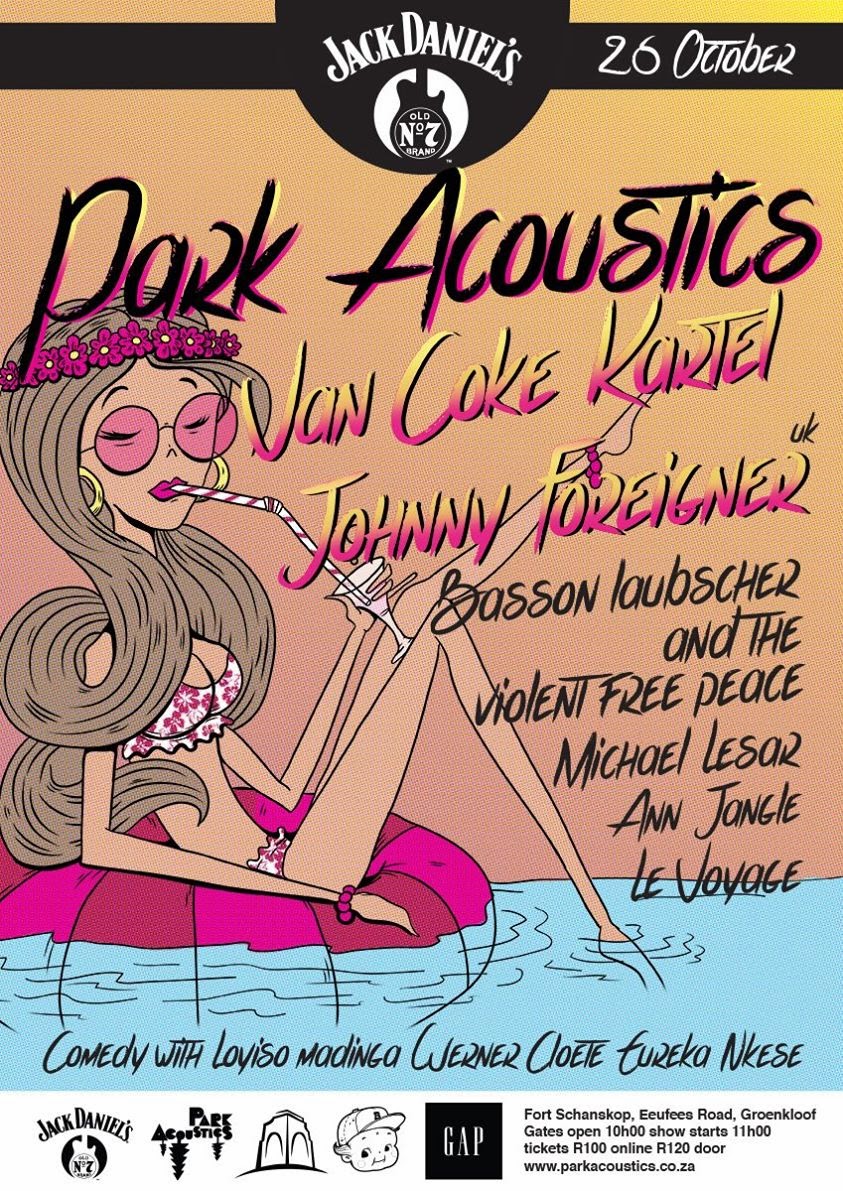 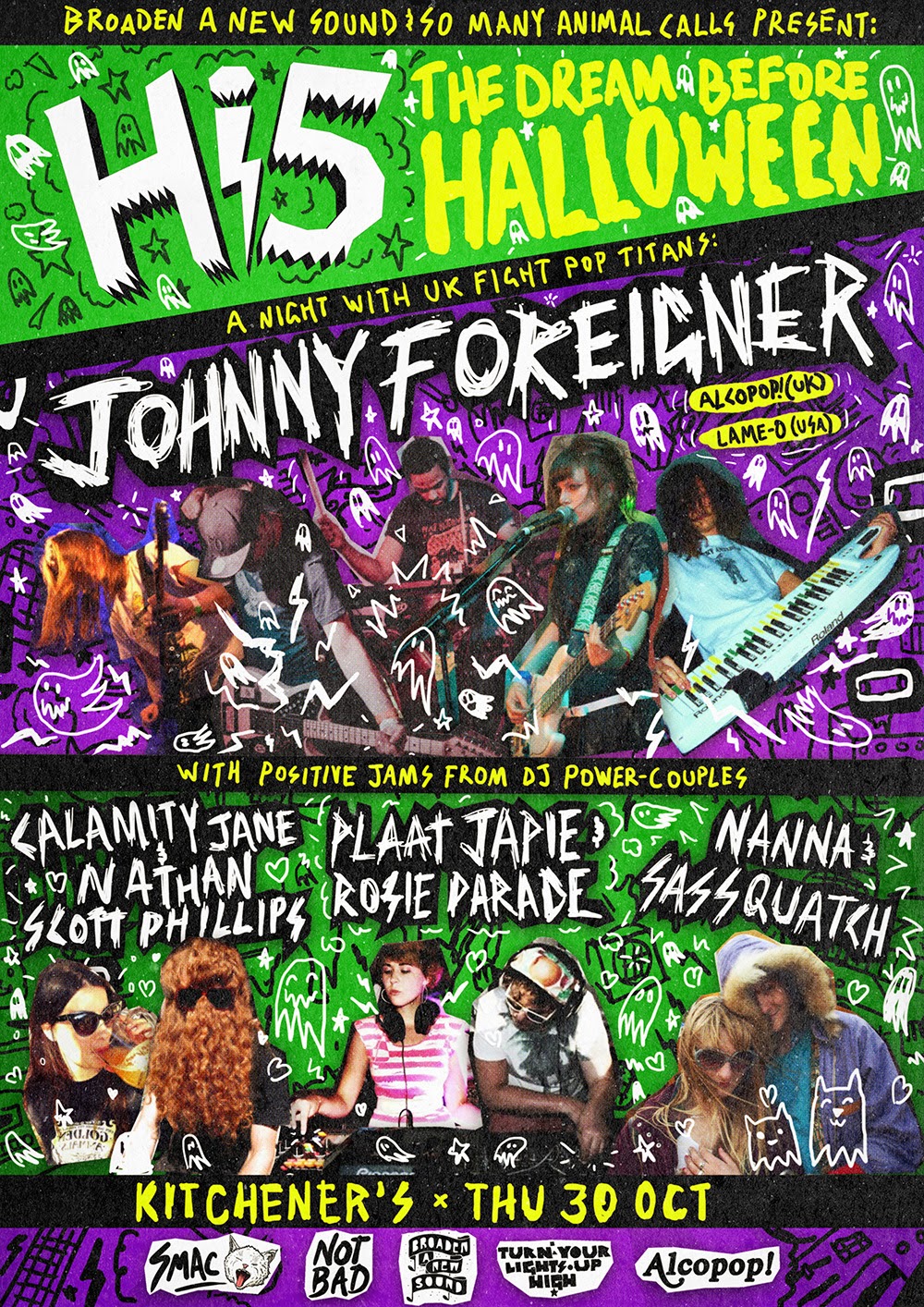 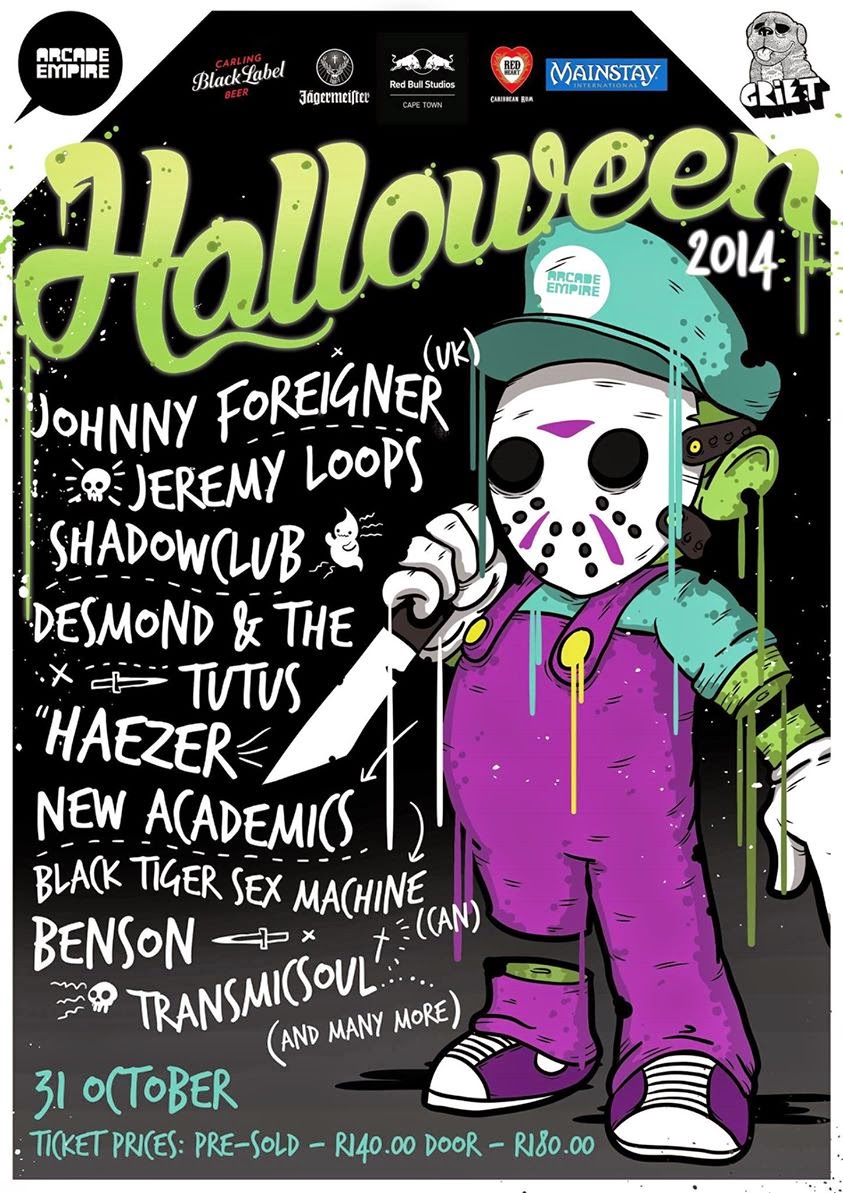 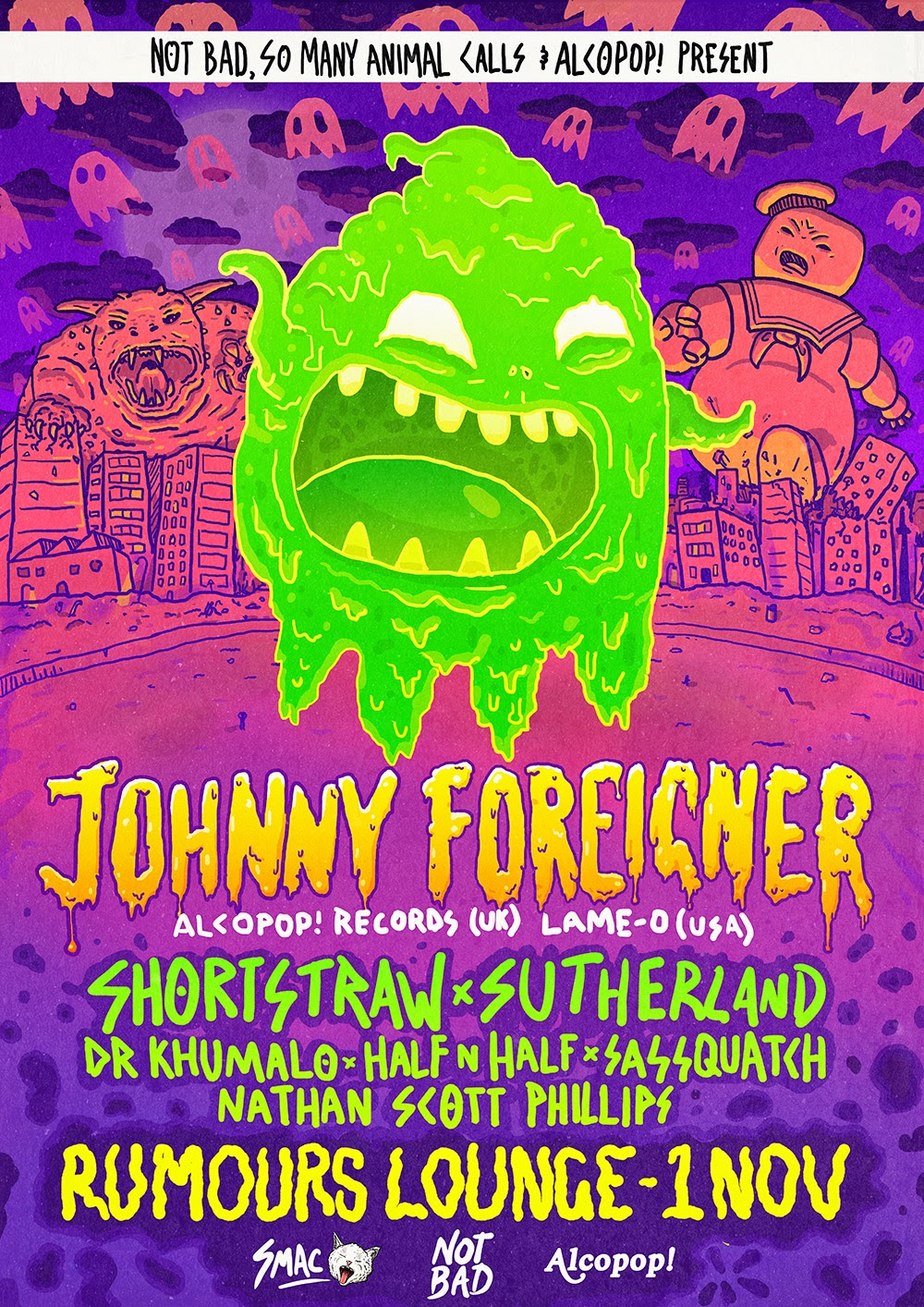 And that's that! Six opportunities for life-changing guitar antics and audio-visual joy!

We've poured our hearts and souls into making this tour happen. If you're reading this, it means we'd love to see you at one (or all) of the above dates. We're well aware that we're doing something pretty niche here, but I believe in this band and what we're doing with every molecule of my being. If you'd like to help us in this crusade, please spread this ghostly gospel far and wide. Tell you're friends, scream it while suspended from rooftops, scribble/ stick up/ spraypaint ghosts everywhere; Johnny Foreigner are coming back to The Promised Land!