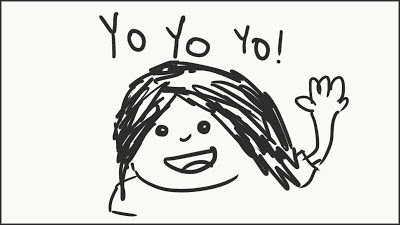 I feel weird writing about this on SMAC. While this blog has mostly about music and events, over the 6 years I've also written about video games, comic books, toys, TV shows and food. Basically, the full spectrum things I enjoy doing with my free time. But over those 6 years, I don't think I've ever done a post on what I do during work time. Well, that's about to change...

Back in the golden age of SMAC (2009-2011) I was working as the creative director of a kid's TV channel. It was a pretty swell gig. I got to make cute stuff for children across South Africa, worked with nice people and was afford a lot of time to myself to design posters or animate visuals or write about my adventures on this very blog. As such, I did about 500 posts over this period.

Then around mid 2011, I quit. A few month's earlier I'd toured the US with Johnny Foreigner and now I'd been invited to join the kids on a tour through Europe. Realising I wouldn't get another month off to go throw myself around a stage with 3 lovely ghosts, I made the call to bid my dear dayjob farewell and fly over to London for a month of amazing rock and roll adventures. What was i gonna do when the tour ended and I had to come back to South Africa? Cool Your Jets! 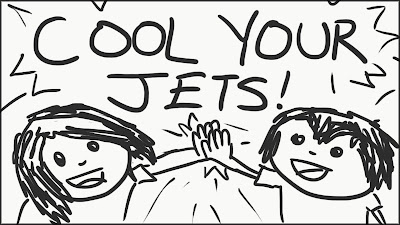 For years I'd been talking about starting a company up with the super talented illustrator, designer, animator and mega-friend Matthew McFarlane. We dreamt of starting up an entitiy that would allow us to really let our imaginations run wild. A platform to create the best illustration, design and animation that we could. Unfortunately, (for a few years at least) that idea remined just that, a dream. 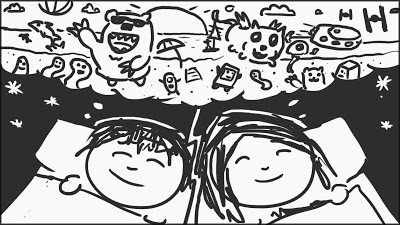 For most of my time in kid's TV, McFarlane was living and working in the UK. But in 2011, with Matt moving back to SA, at the same time I bowed out from my previous job, it seemed the stars were aligning for us to finally make good on our talk of starting something up. Enter Cool your Jets.

The birth of CYJ coincided quite directly with this blog dying. We started on our first proper project in June 2011 and from there a steady stream of jobs came rushing in. Great for the company - not so great for being able to sit and blog about comic books. This torrent of exciting projects was so relentless, that we didn't even have time to launch the company officially. And so, for two years, Cool Your Jets operated like motion graphics ninjas. Executing devastating hits, but doing so from the shadows. We were off the radar, an insider's secret, unknown to the general public. That is, until now.

After two years, we're finally ready to let the whole world know that we're out here! We've set up a website, collecting some of our favoruite projects of the past two years, and cut a brand new showreel of our animation work. Which is really what this post is all about, so without any further ado - here's the 2013 Cool Your Jets Autumn reel!

As I mentioned yesterday, Hi5 (our young weekly party series) is taking off very nicely. To say thanks, we're going to be doing a series of mixtapes and podcasts to correspondence with special Hi5 nights. This week we're doing just that to get you excited for our show with The Watermark High and Diamond Thug! 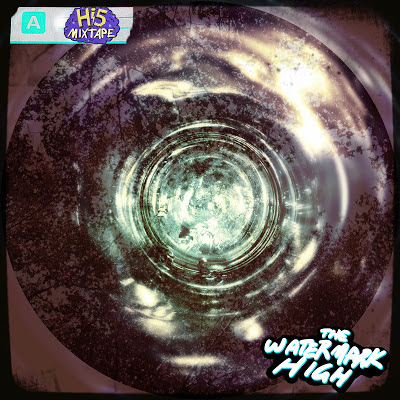 Mixed by TWH himself, this is a really great insight into what has been influencing one of Joburg's brightest lights in the musical cosmos!

Very happy to be able to share this one with you!

A couple weeks back my friend Kent Andreasen asked me if I'd be keen to collaborate with him on a music video for the brilliant O'ltak. Already a joint-effort between Kent and the oh-so-awesome Naas Films, I then came on board to do some frame for frame scribbles over all the bodacious footage that the guys shot. I'm incredibly happy with the result of this creative-team-up, here's the video!

Honesty EP is out!

We are very very happy to announce our latest SMACM release is out!

Honesty is the brand new EP by Vampire 9000. A long time in the making, we feel this may just be the finest slice of musical magic that we've released to date. So excited to finally be sharing this with the world!


You can grab the EP via the below links:

vampire9000.com
SMACM bandcamp
Posted by Ben Rausch at 9:00 AM 4 comments:

Back from the grave... 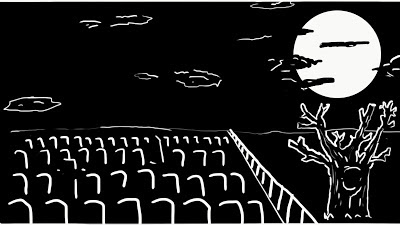 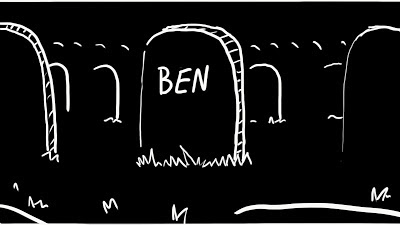 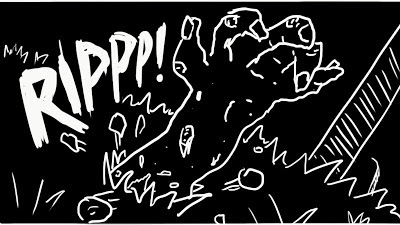 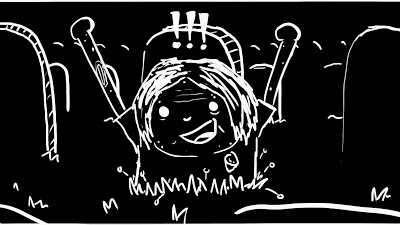 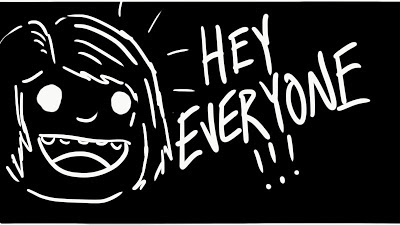 Okay, so I died a small internet death about 10 days back. My last post was probably the most poorly drawn frame of SMAC comics so far. In it, I cried about not getting through the long list of stuff I had been wanting to post on my first Excite Bike Rampage. The good news is I'm back from the grave, with more exciting stuff going down! 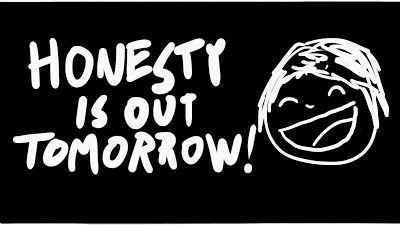 TWO:
KIDOFDOOM HAVE ALSO RISEN FROM THE GRAVE!

The first two reunion shows this weekend were magic. I can't explain how happy it made me to be able to share a stage with these humans again. My only wish is that somehow Peter Rodda could have somehow teleported over to join us on lights. The great part is there's more Doom to look forward to. The next show of the reunion tour is also the band's home coming playing Pretoria's Arcade Empire on the 12th of July!


THREE:
NEXT HI5 LIVE IS THIS THURSDAY!

Hi5 Thursdays, our new weekly series has been going great! A little less than two months old and we've already had some really fantastic nights. Our next episode promises to be yet another stellar Thursday as we host Joburg beat-ninja The Watermark High and Cape Town's Diamond Thug, up touring Gauteng for the first time! 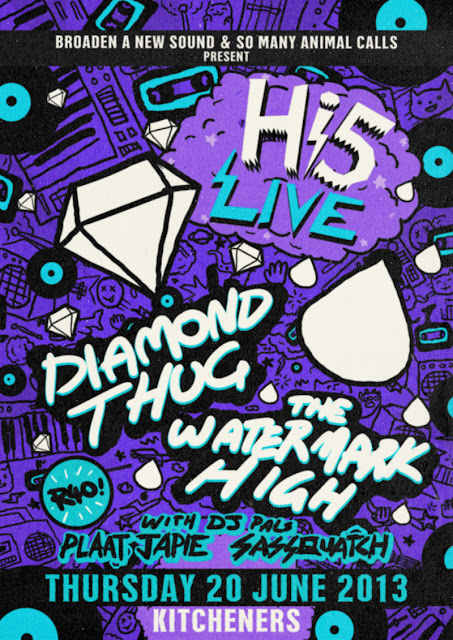 Excite Bike 1 Round up. There's a long gushy stream of words that comes along with this news, but with this #excitebike business pushing me forward, I don't have the time to get them all out. So take this as the micro-machine version of this monsterously good news. 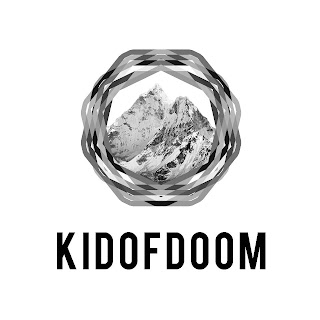 This band have been one of the biggest things in my life. With them, I shared some of my happiest moments on this earth. You can click here for some of those moments that were documented on this blog. At the time it was clear the band wouldn't be continuing in the way it had I was pretty shattered.

But, after a long break, The Doomers are back! They have an awesome collection of dates planned around their triumphant return.

I'm very happy to announce I will be joining the band on visuals for the first two dates of the tour!

Both these shows are going to be incredibly special nights - so prepare yourselves, spread the word and see you there!
Posted by Ben Rausch at 10:52 AM 4 comments:

Email ThisBlogThis!Share to TwitterShare to FacebookShare to Pinterest
Labels: Kidofdoom, VJ, You are invited

The last time I was down in Cape Town I made some great new friends. One of these was a mondo-taleneted guy called Thor Rixon. 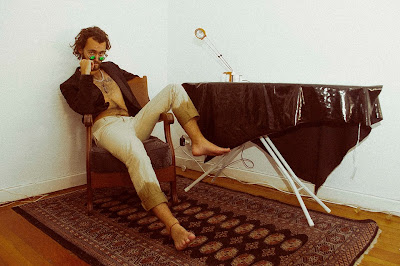 He recenetly put out a lovely collection of songs called Shared Folder.

SMACM (the record label spin-off of this blog) has been rather quite since "Welcome to Limbo", the 2nd Jaysynth EP and our 7th release! But that's been changing over the past week and a bit!

We've set up a SMACM facebook page to draw together fans of the label and broadcast some exciting news. (Support for this has, by the way, been far beyond what I would have expected! Thank you so much to everyone who has liked the page and bonus thanks to all the lovely people that helped spread the word to their own friends!) We've also been consilidating all the label's releases on the SMACM bandcamp (so you can grab all the SMACM over there right now!)

But the really big news is that we've unveiled our next release! It's fulls me with MASSIVE amounts of joy to be able to say SMACM008 will be a little slice of genius called "Honesty", the 2nd EP by Vampire9000! If on Colours (Vamp's debut EP and SMACM's 2nd release) we heard Christian Henn reaching for the stars, with Honesty he's aiming for other dimensions! I really can't describe how fantastic this collection of four songs is and couldn't be more excited for the 18th of this month when we get to share it with the world! 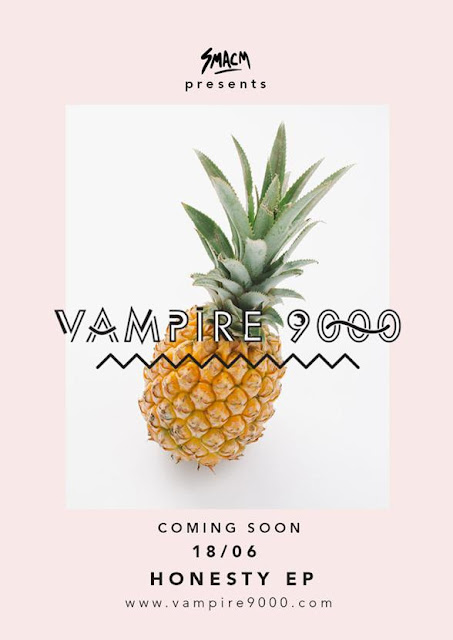 Like Vampire9000 here and like SMACM here to keep up to date with the latest news in Vampville and SMAC-town!
Posted by Ben Rausch at 9:54 AM No comments: 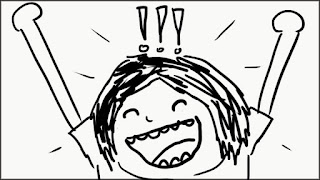 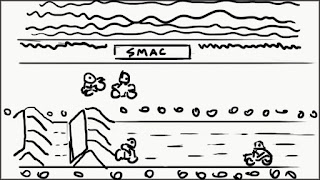 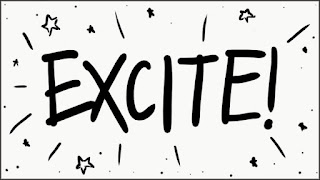 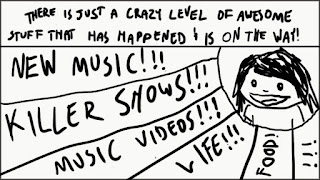 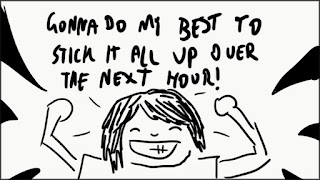 Posted by Ben Rausch at 9:45 AM No comments: