It's been more than a year since the last time I got one of these "Good Weekend" posts out. In the time since then I've had some pretty dam righteous times, all un-blogged about. So many excellent shows and DJ sets and out-of-town adventures and chill-sessions and moments I've loved and surely should have written about but didn't. So what did I do this past weekend that's got me amped enough to do another one of these? I made alien planets smooch. 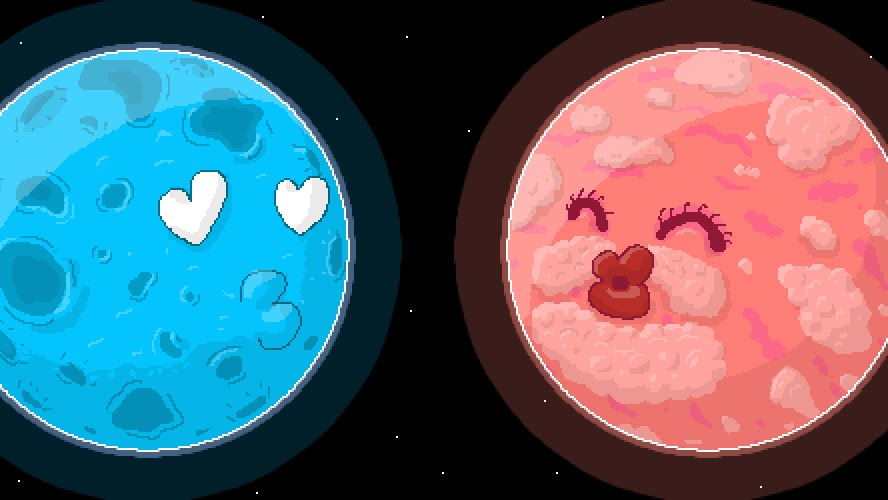 Yeah, I've started making games now. There's a long winded life-chaning-event catch-up blog post somewhere in there (it can get in line alongside other fine installments like "I turned 30" and "I moved to Cape Town" and "I adopted tiny kittens").

To quickly summarize as best I can:

1) Matt and I simultaneously realised we should be making games and set up Token Games as an interactive sister-company to Cool Your Jets.
2) There's an amazing community of people making games in this country.
3) I've met some members of the Cape Town contingent of said community. They proved to be welcoming and excellent beyond my wildest expectations and I've enjoyed some grand adventures hanging out with them and (here and there) making things together.

This swiftly bring us up to last Friday, where Ryan (one of my excellent new game-making friends) asked if I had plans for the weekend and if I'd like to join him in creating something for the Ludum Dare 72 game jam. Considering my plans included just staying home and teaching myself Game Salad, this sounded like a far better option so I said "Uh. Yes!" I roped Jason in on music and sound duties and Team Perfect Match was born! 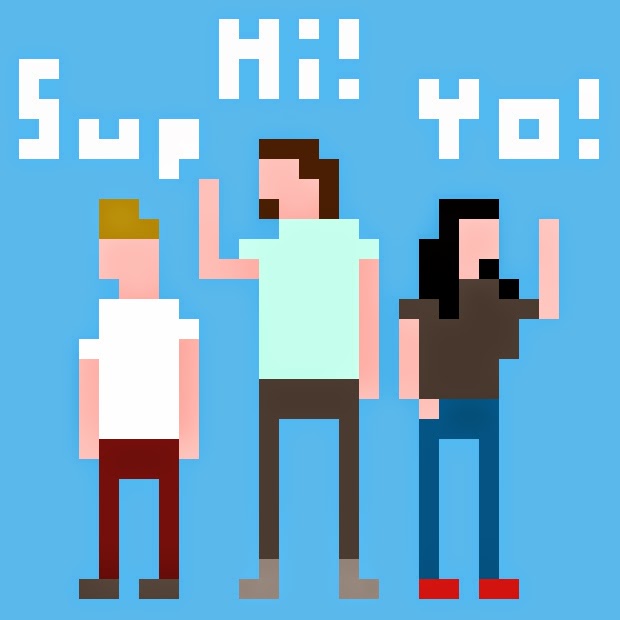 Ludum Dare is an international game Jam, primarily focused on individuals making games in 48 hours or teams doing the same in 72. The theme for this past one went live at 3AM on Saturday morning. It was "Connected Worlds" which made us think of a planet-hopping space imigrants, inter-stellar delivery men and dimension-shifting paper-boys. Ultimately we went with the concept that made us laugh the most - a dating show for lonely planets. 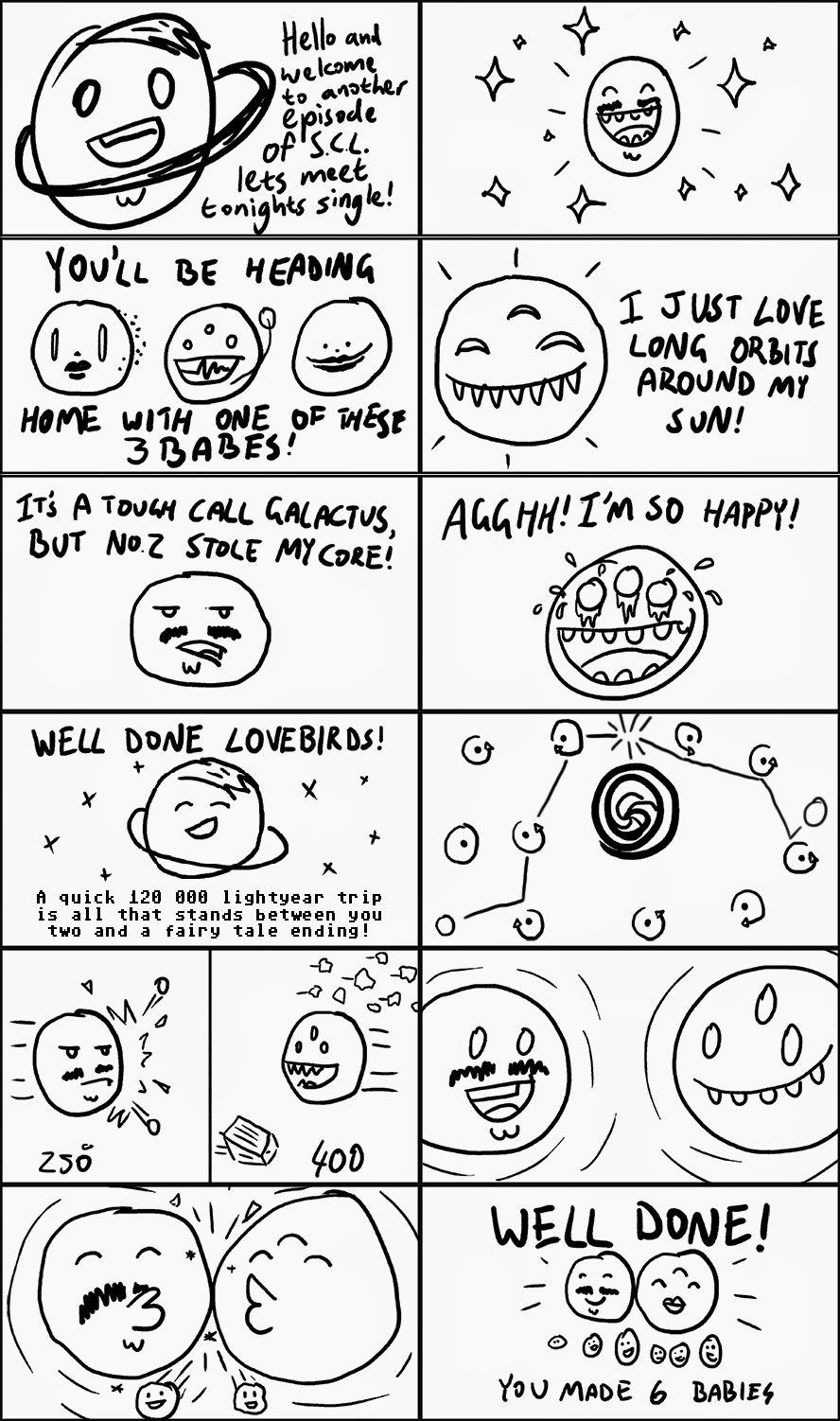 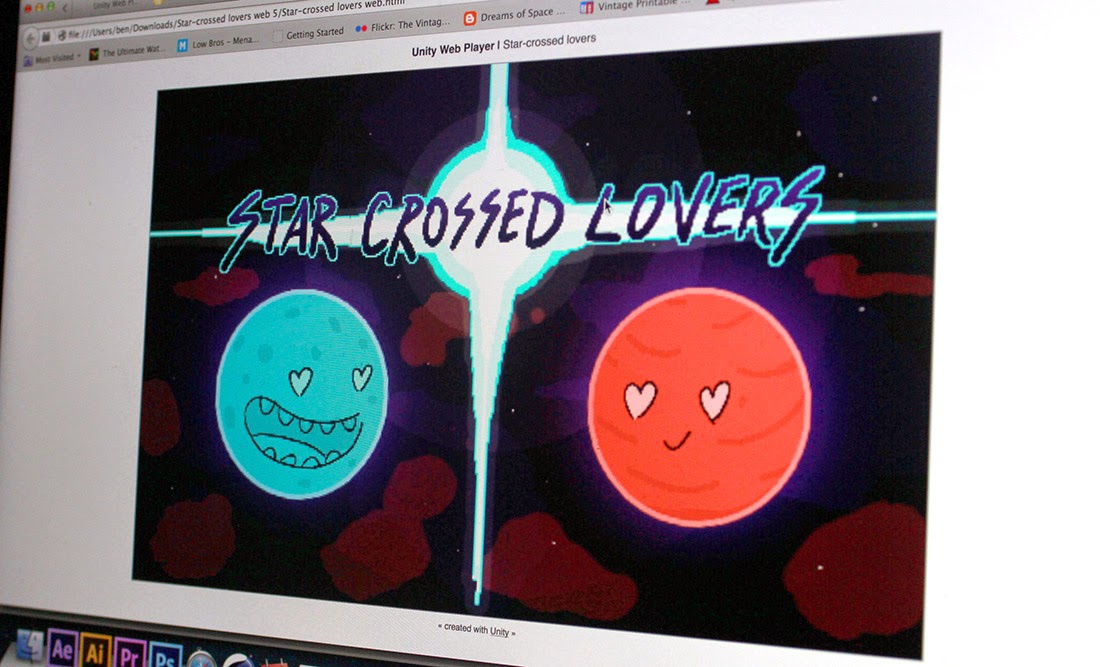 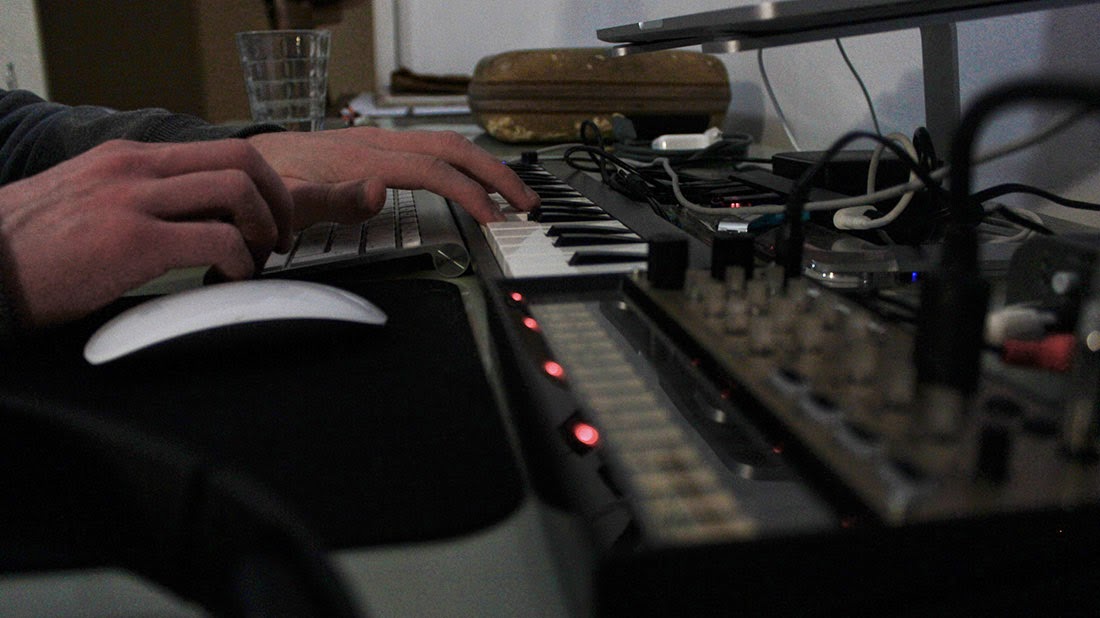 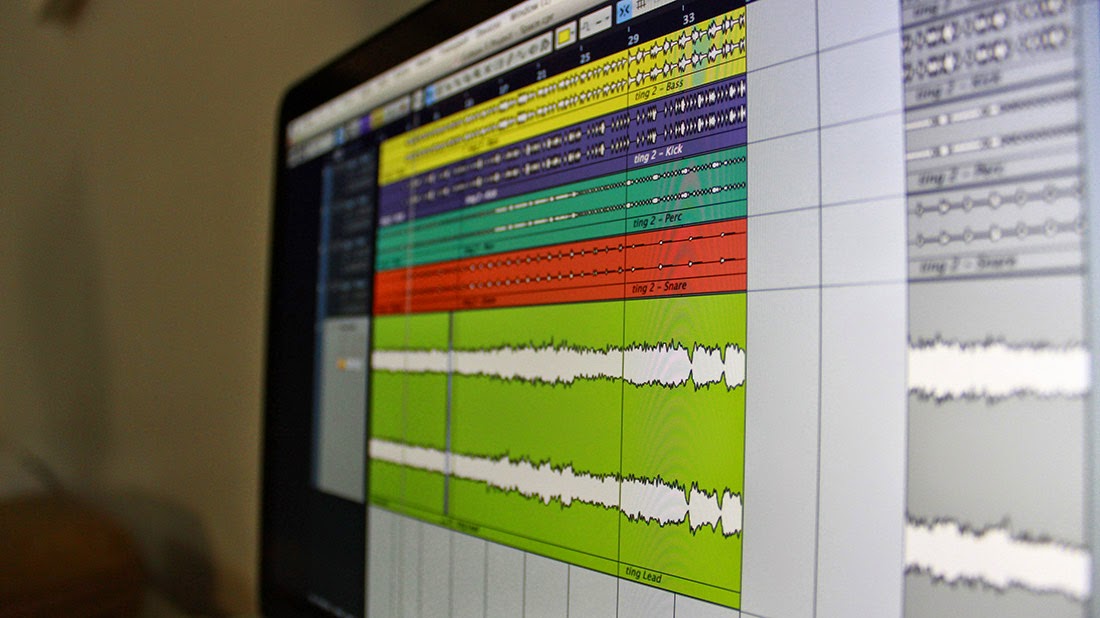 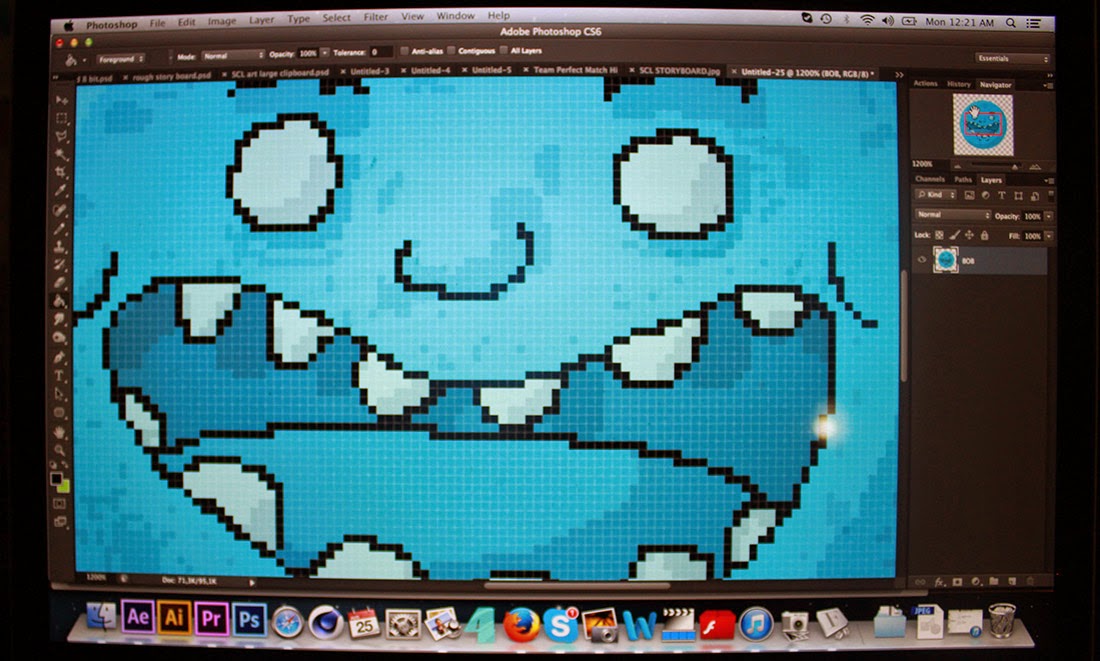 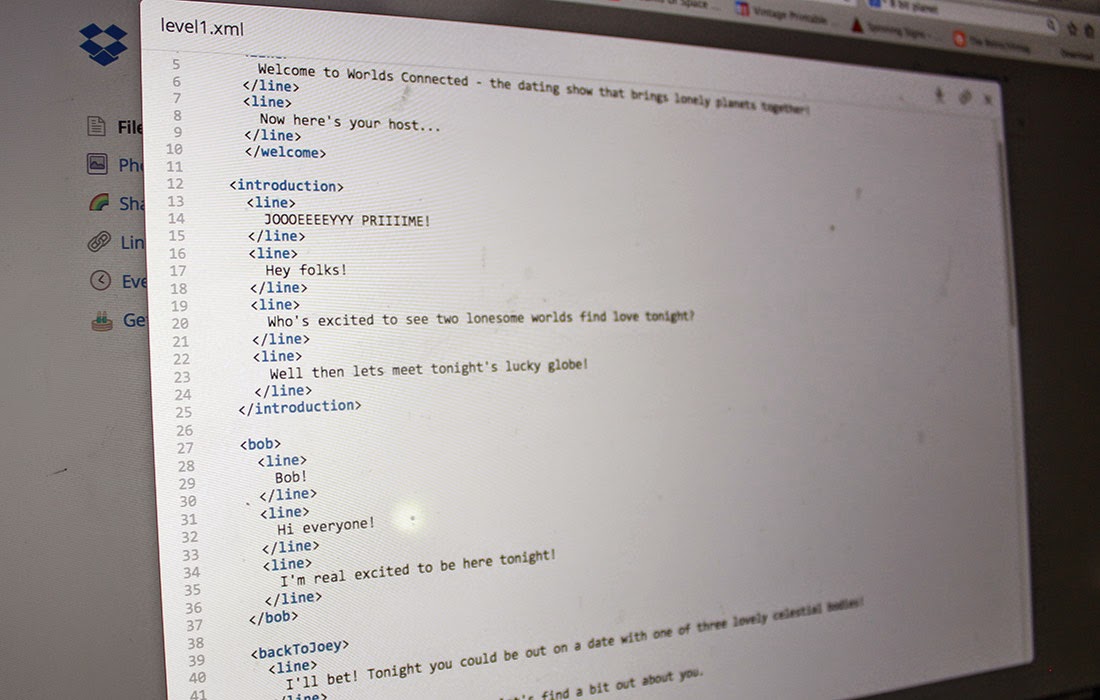 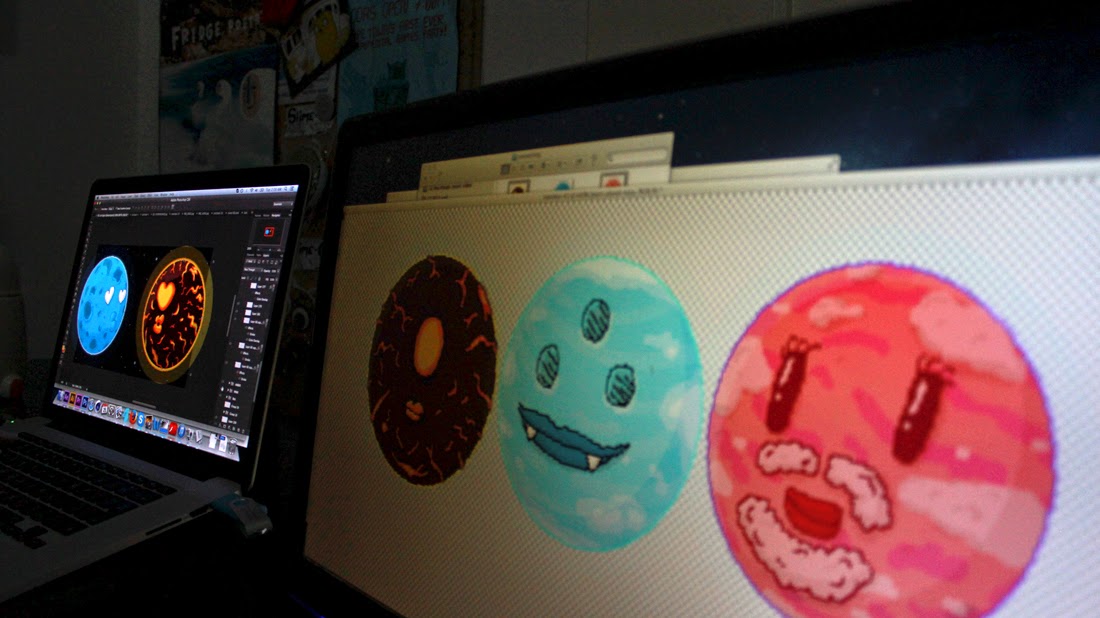 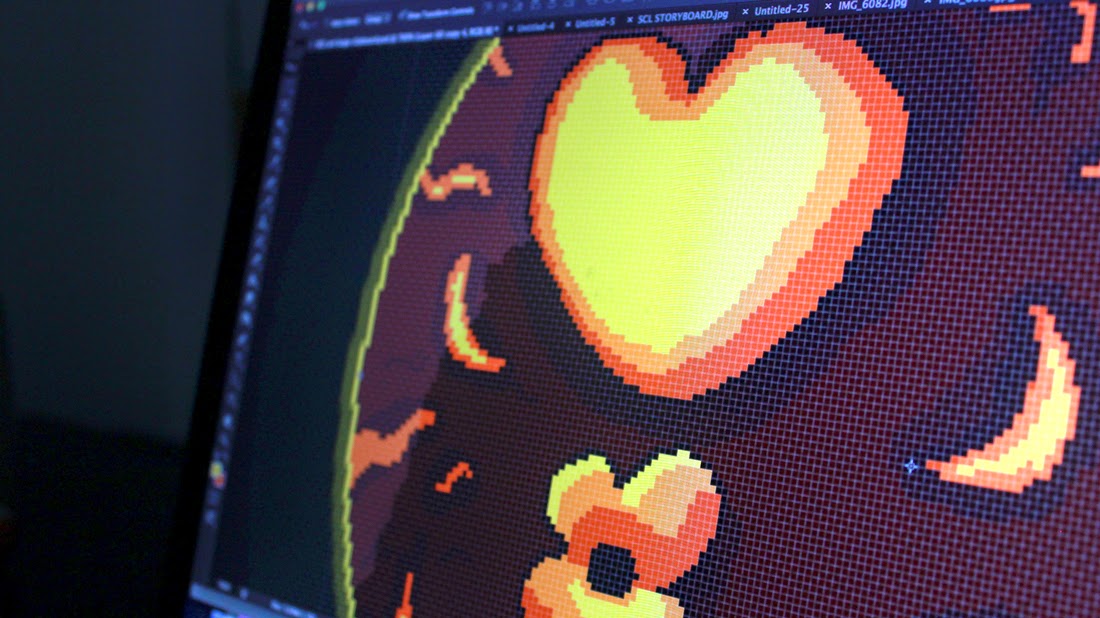 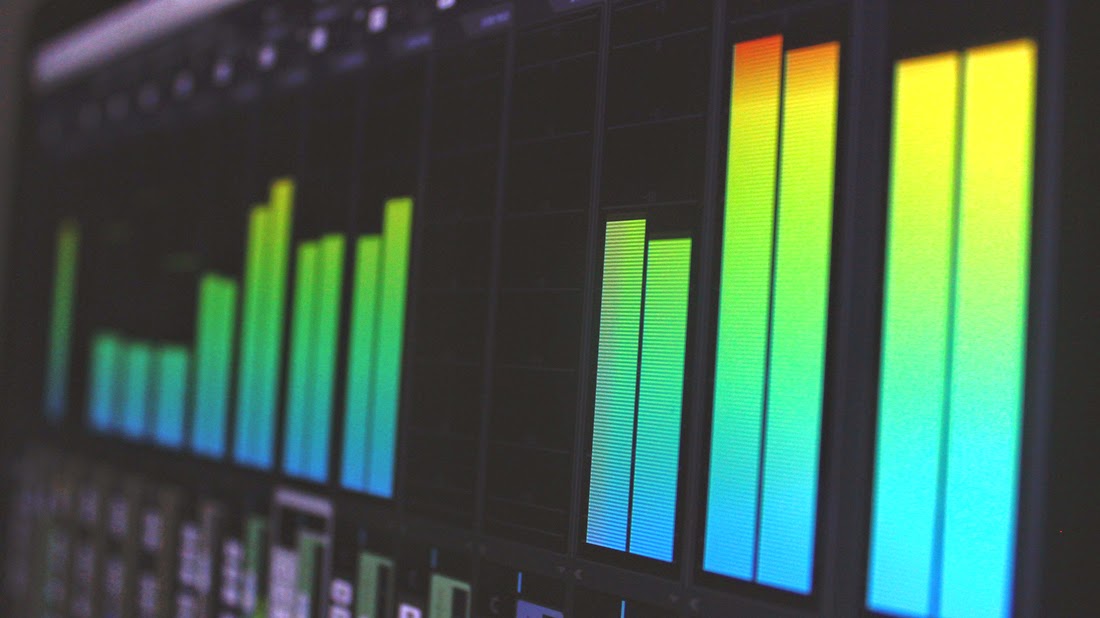 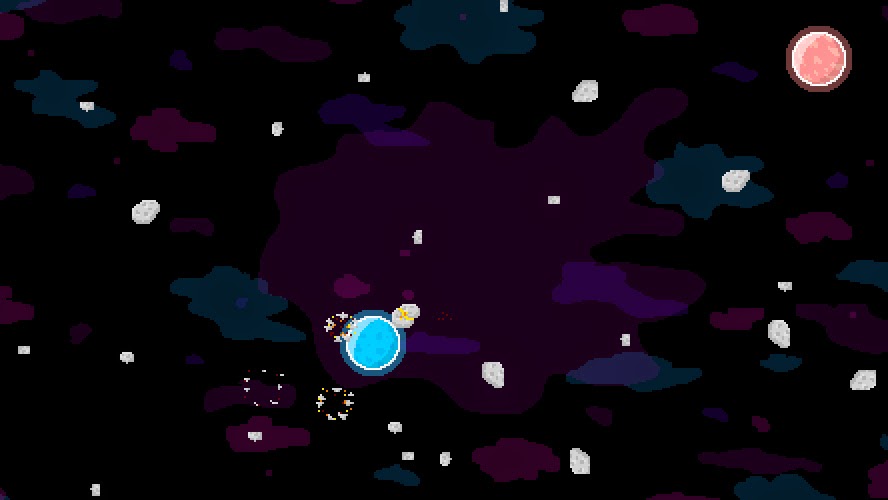 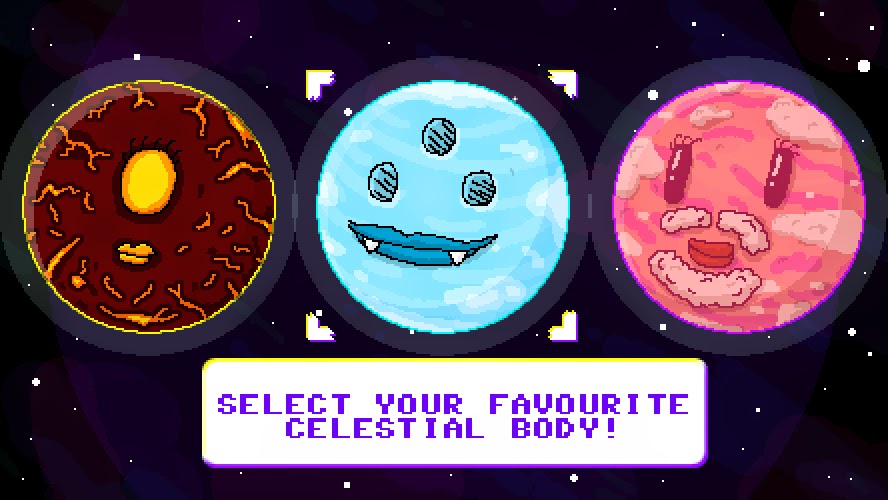 Star-crossed Lovers surely won't go down as one of the greatest games created during Ludum Dare 30, but we had mountains of fun making this thing. Reactions from the LD and MGSA communities have also been super encouraging and we're toying with the idea of taking this concept a bit further than the jam. But enough talking about it, let me rather just say; 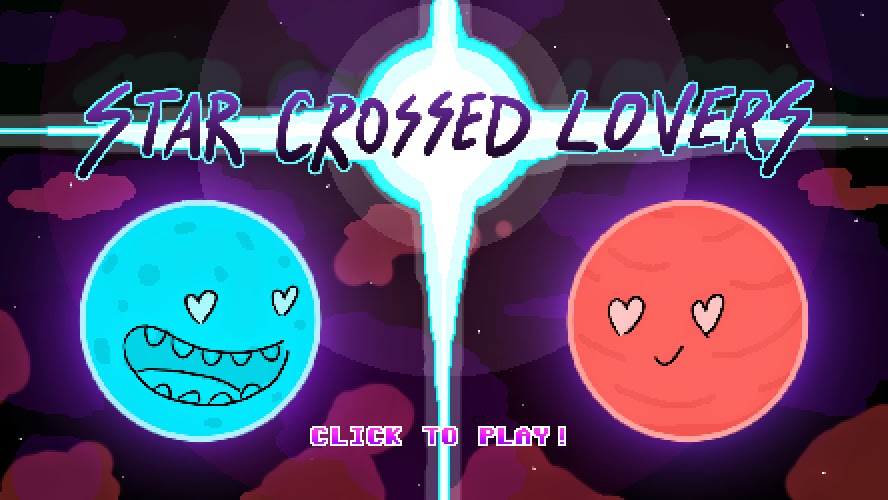 CLICK HERE AND HERE FOR MORE WORDS ABOUT MAKING THIS BABY!

CAP'N CAPS LOCK OVER AND OUT! 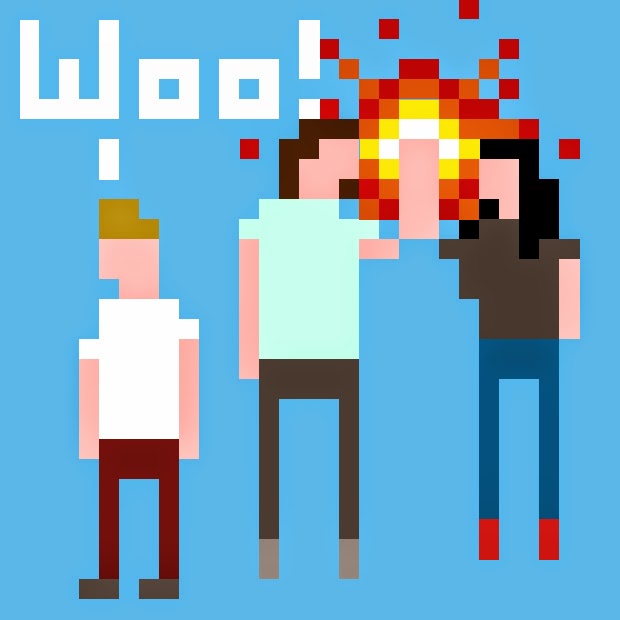 I feel I owe this old blog an extensive apology for my absence this year. Unfortunately, I don't really have time for that. And I guess that's really a huge part of this forthcoming extensive apology; I'm very busy. Busy with what? Cool your Jets! 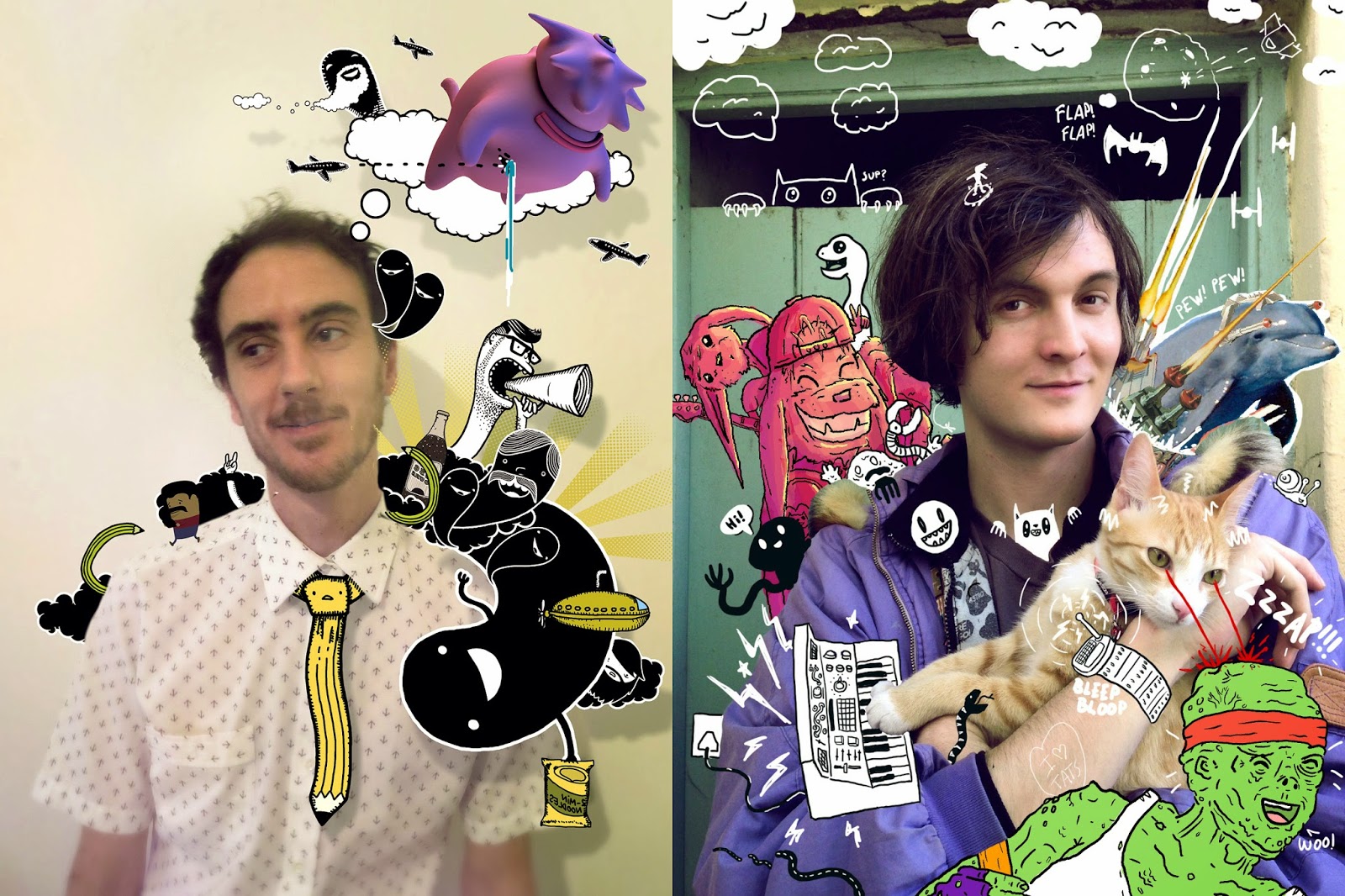 Things have been going pretty great for our little animation/ illustration factory. In the past year we've landed our biggest jobs to date and done a bunch of work we're very proud of. We've collected all this into a shiny new website and fun showreel for 2014. And now, for your viewing pleasure, here they are! 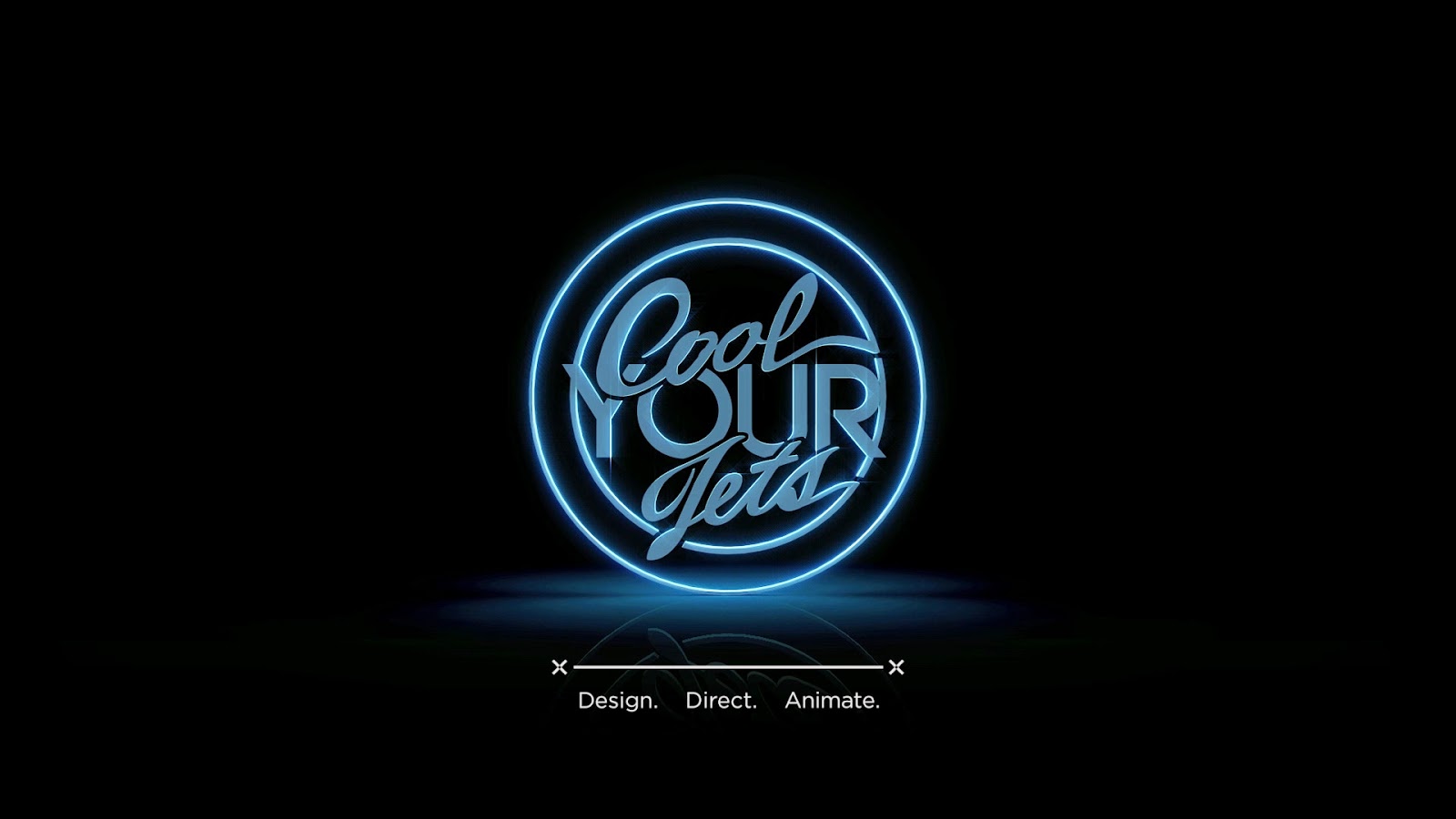 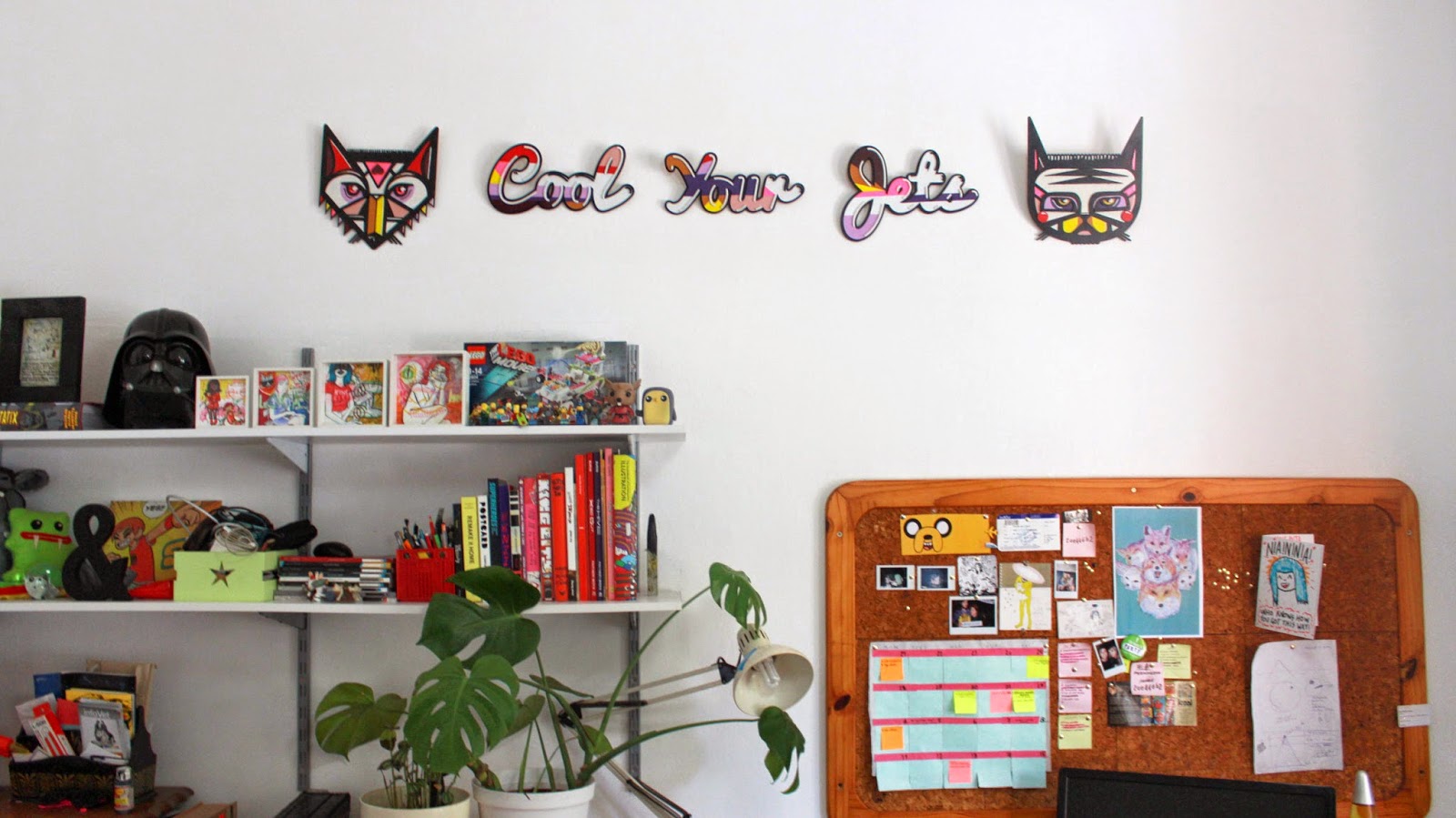 I'm incredibly happy to announce we'll be adding to this list of adventures. Jo Fo are coming back to SA in October, aptly in time for Halloween. In putting the tour together, I've teamed up with my super-pal Henk from Not Bad. We've got a really fantastic set of dates lined up, and everyone's understandably mega-excited. 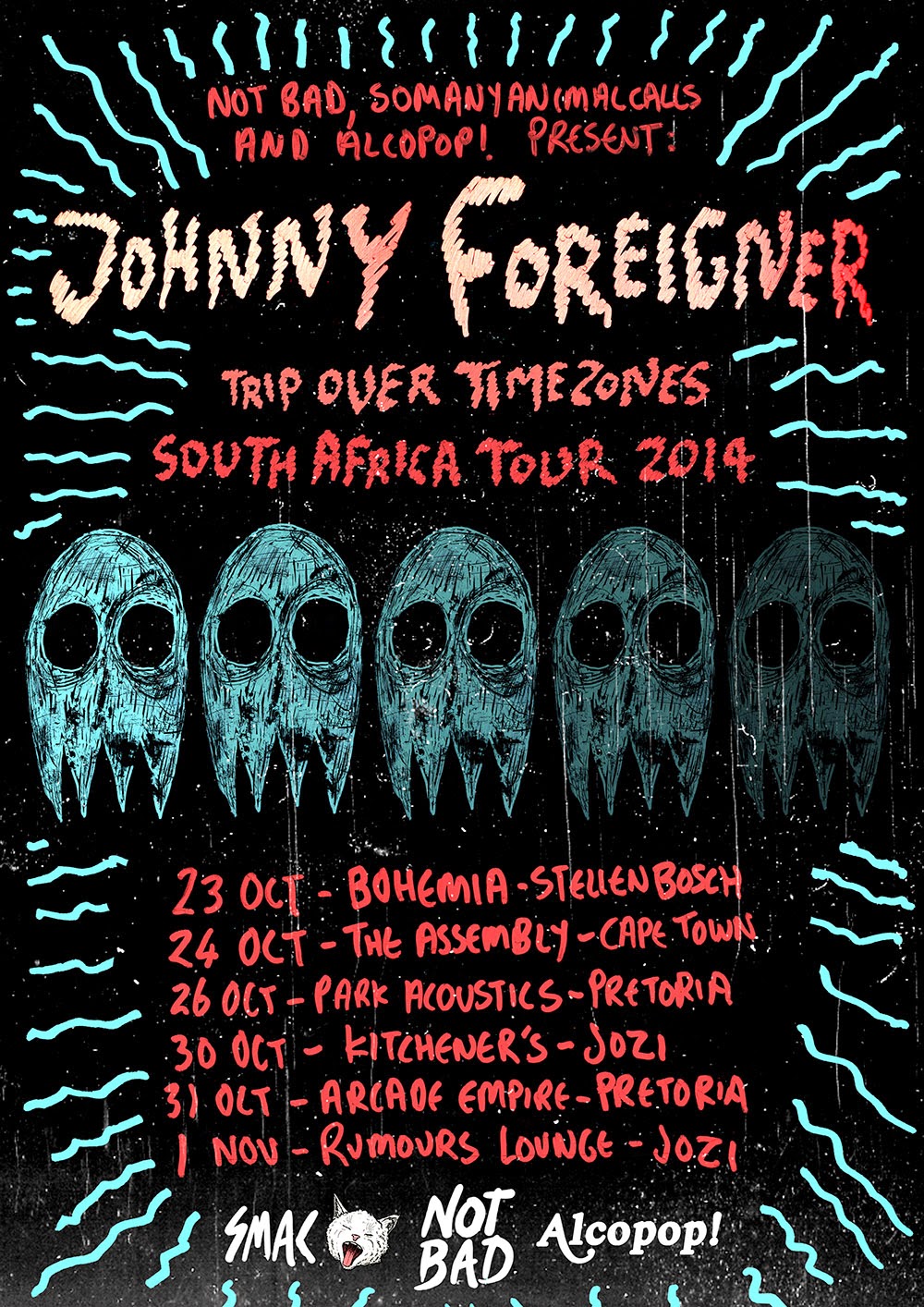 
Loads of details and updates and news to follow. We've got some really fun creative projects planned for the build up to the tour and the shows themselves.

I've been watching this milestone approaching for months. In May I posted animal call 749. From there, I planned a super elaborate 750th post, catching you up on the massive new developments in my life over the past while. It's been a crazy time this past while, with a lot of big stuff happening, so much in fact that I never did get through that monster "this is my life now" post between May and now. Now, with massive news on the horizon, I just have to get past this milestone so I can share that in SMAC 751!

So yeah, happy 750th post to me! Thanks to everyone that's been along for the ride at any point over the past 7 years, it's been swell! And now, let me leave you with this single update from Bensville:
I HAVE KITTENS! 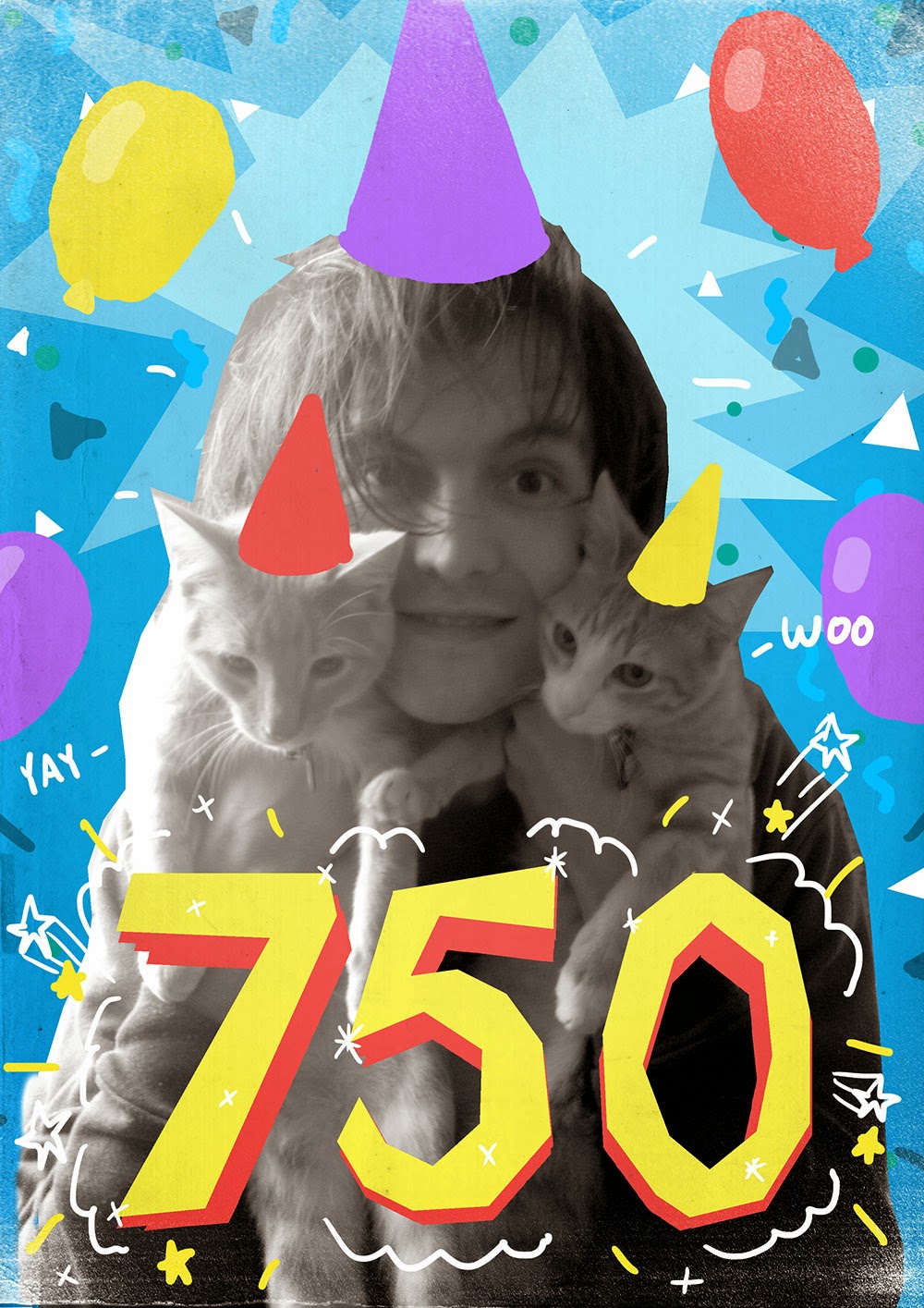