Looking Up is not enough.

So my weekend of show mania has come and gone, and what an awesome weekend it was.

Unfortunately total exhaustion made me miss out on the Tutus launch, which I heard was super fun. The Tings and Bo shows were way cool though, I really am feeling an awesome energy in the African air at the moment. I think it's becuase we're coming out of this apocalyptic cold winter that kids really just wanna rock out.

But now that I've watched these shows and checked The Urban Electric, Oppikoppi and City Slickers off my "to do list" and caught my breath, I can start trying to catch up on the awesomeness that went down a little over a month ago when I flew to the UK.

To simplify things I can break the awesomeness of my trip into 6 main sections.

Conveniently I'll doing separate posts on each of these packets of awesomeness. Hopefully I'll be able to get through all 6 so I can get onto catching up on writing about the cool stuff that went down before I left, and then do the same for the surprisingly massive amount of awesomeness that's gone down in the short time I've been back.
Posted by Ben Rausch at 4:52 PM No comments:

Email ThisBlogThis!Share to TwitterShare to FacebookShare to Pinterest
Labels: UK

Last night marked the last time I'd sling my keytar over my shoulders in what's been a really, really productive, stressful, awesome 3 weeks of my life so far. Performing with my new loop-core band Vampire 9000 was the most perfect way to end this cross continental run of radness. But fortunately (for my ears, not for me catching up on sleep and X-Box time) it seems I'll still be rocking out for a bit.

There are a personal record amount of awesome shows to follow up last night's Vampire set:

* Tonight Desmond and the Tutus will be celebrating the launch of their new EP with a show in Johannesburg. * Tomorrow night I'll be rocking out to Isochronus, Kidofdoom and The Havoc Vultures in Pretoria. * On Sunday I'll be seeing Dutch ammazing master Luck Fonz III in Johannesburg

It's nice to be most excited for the last show in this string of fun nights. Lucky Fonz was INCREDIBLE at Oppikoppi. Without a doubt, the single most captivating individual I have EVER EVER EVER seen. No single solo performance I have seen comes anywhere close to what I was fortunate enough to experience last Sunday night, and I am so super happy I'll be able to see it all again this Sunday.

Fuck yeah.
Posted by Ben Rausch at 6:22 PM No comments:

Email ThisBlogThis!Share to TwitterShare to FacebookShare to Pinterest
Labels: life is awesome

The awesomeness that just won't stop.

It's now almost been a month since I flew to the UK, and still I haven't been able to find the time to write about the radness went down on that side of the planet. Why is this? Because I've just been swamped, frantically preparing some radness of my own... 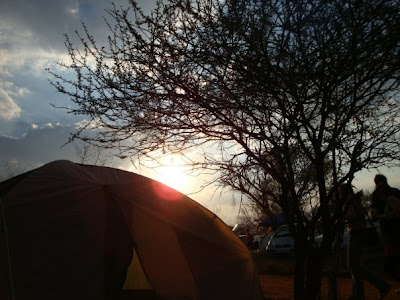 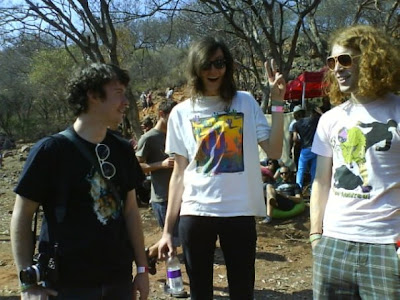 This evening I arrived home from remote farm in the north of the country. It's the home of the Oppikoppi festival, an event where, just last night I was lucky enough to have played with Kidofdoom.

It was the second consecutive time we've played Oppikoppi. Our performance last year was fantastic for me, definitely one of my favourite moments of been alive... ever. Our performance this year was even better for me. This is largely because we just wanted to have an effect on people with the light show weren't trying to convey any kind of narrative. This meant I didn't have to bug too much about missing any cues, or doing anything wrong really - I could just rock out.

But the deciding factor why last night's set was an improvement on last year's was the crowd. They were awesome - so energetic and so responsive, it was just amazing been able to put on a show for an army of doomers like them.

Overall the festival was fantastic. While the line-up obviously didn't hold a candle to the calibre of acts I saw at T in the Park last month, Oppikoppi's general atmosphere was far, far superior. All I can say is that African kids are just awesome.

But yeah, I will still write about T. And once I've got that out the way I will write about the stellar 4 days of my life called Oppikoppi 15: Smoorverlief. 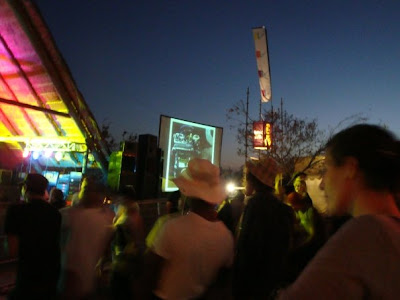