FROM SASS AFRICA WITH LOVE PT3: SELECTED SOUNDS OF THE SOVEREIGN ACADEMY 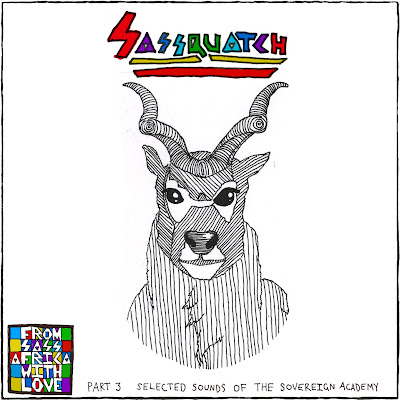 The title of this mix is possibly misleading:

Some of these songs were part of amazing moments for me at the Sovereign Academy at some point. Destroying with NYPC's "Decend" after playing my first entirely beat-mixed set at Sovereign 3 in early 2006. Then at Sovereign 10 in mid 2007, being in the middle of the Capitol Theatre dancefloor the first time King of Town dropped his remix of The Tutus' Gauteng-dance-anthem "She Hangs". These songs and these moments are etched into my brain as some of the most special memories of what went down over the course of the Sovereign Academy's 15 party run.

At the same time there are songs on this mix that were never played at the Sovereign Academy. Some of them I came across after Graduation (Isochronous), some of them would only have gone down at Sovereign in my dreams (These New Puritans). 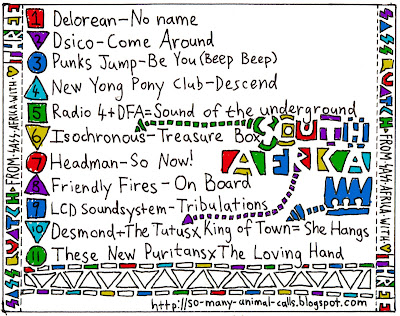 But in spite of some of these songs never been played at the parties, this, the 3rd mix in "From Sass Africa with Love", is called "Selected Sounds of the Sovereign Academy". Unlike the 4th mix, this collection is formed from older songs I love. 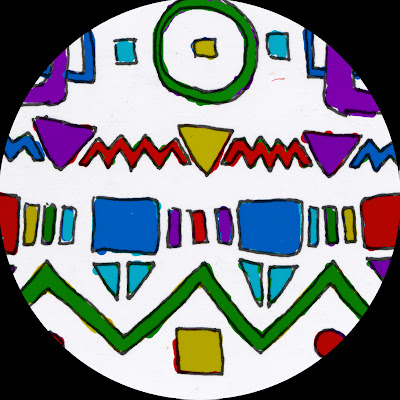 Over the past month, from dragging "So Many Animal Calls" out from a cold blog-grave and re-animating it into a kind of reluctantly self-promoting zombie blog I've blogged about a bunch of stuff. Here's a little recap:

In a cloud of purple smoke I re-appeared after a year long silence and tried to give a little run-down of what happened while I was gone.

I blogged about how weirdly awesome life plays out sometimes.

I wrote about a robot party we threw and did a bonus post on the building of our outfits and my robot head whoring itself around the party.

I wrote about "From Sass Africa with Love", the piece I'm exhibiting in Londonnext month. I also uploaded a trailer for this and put a related music mix for you to download.

I added an interview I did with Richard Cole King for Chew Magazine.

And finally I wrote about Trajectory, a series of audio/visual space-rock narratives I performed with Kidofdoom.
Posted by Ben Rausch at 9:57 PM No comments: