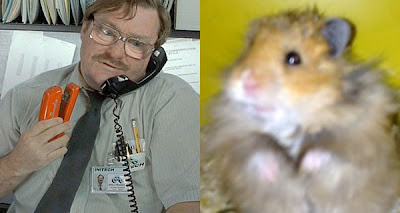 You are invited to remake movies!

This is easily one of the most exciting posts I've ever made on this old blog.

The Home Movie Factory is an interactive exhibition by French super-director Michel Gondry. In September and October, The Bioscope will be bringing The Factory to Johannesburg!

This alone is pretty damn exciting news for me, but it get's better:

Your humble narrator was asked to design the look and feel of the South African version of this exciting film experiment! This was a total dream project for me; for over a decade Gondry has been one of my greatest creative heroes. His hand-crafted aesthetic and DIY approach to film-making and animation have been a HUGE influence on me. Being asked to bring my own style into designing the visual identity of a project that came from his brain was just too much for my brain to handle! Once I came to grips with the fact that this was really happening, here's what I came up with: 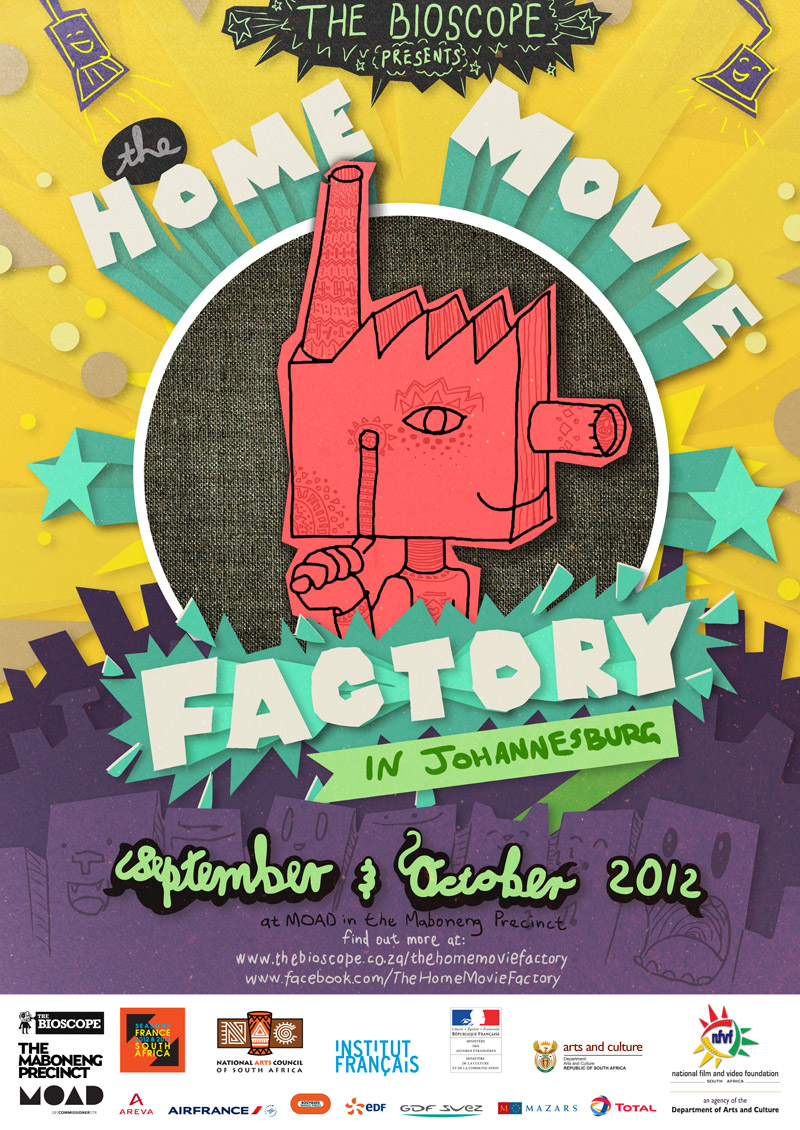 What's more, Cool Your Jets (my animation super-team) combined our powers in making a promo video to spread the word about the event!

While we still have a little while to wait before the Joburg Factory opens it's doors, I've put togther a little warm up event, in the form of the next Rebel Alliance! 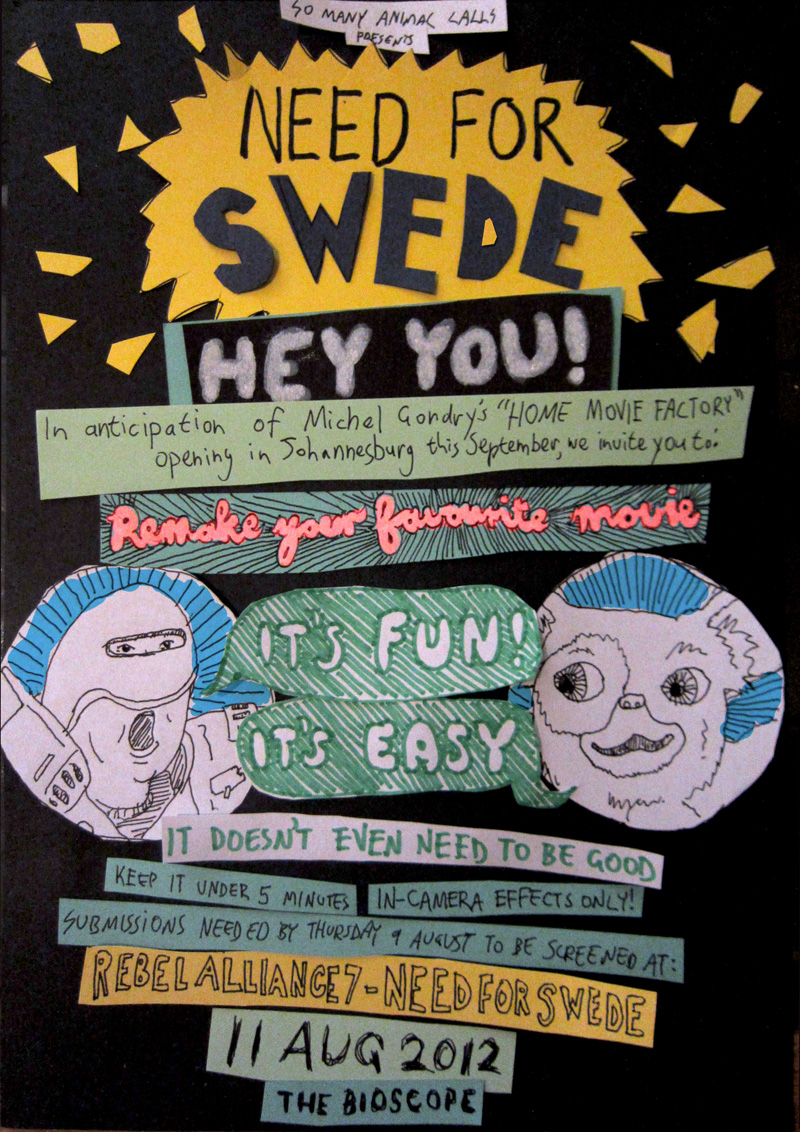 The idea of an open call for people to remake movies for Rebel Alliance has been bouncing around in my head for ages. And with the HMF on it's way to our city, I can't imagine a more awesome reason to do this here and now!

If you're reading this I would LOVE for you to get involved, whoever you are!

If you're not sure how to swede, here's a little explanation:

And for a fine example of swedeing at it's best, here's Gondry's take on the fantastic Taxi Driver!

Having auctioned off the amazing 1 of a kind copies of Cargo Cults, Bateleur have now launched the free-to-download digital edition of the EP!

I really don't feel like I need to go into any extra detail about how much I love these boys and how great I think this collection of songs is. So let me just say: 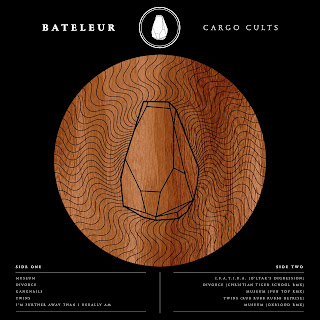 The Dollfins - In My Head

I'm especially proud to share this one, because the video was made by a brand new creative collective called Young Galaxies - a trio of excellent human beings that include one Nanna Venter!

Anja recently helped Cool Your Jets out with a lovely website. To say thanks we created some titles for the video, and drew a bunch of pictures to make the Galaxies a logo build!

Less than a week left to bid on Cargo Cults! 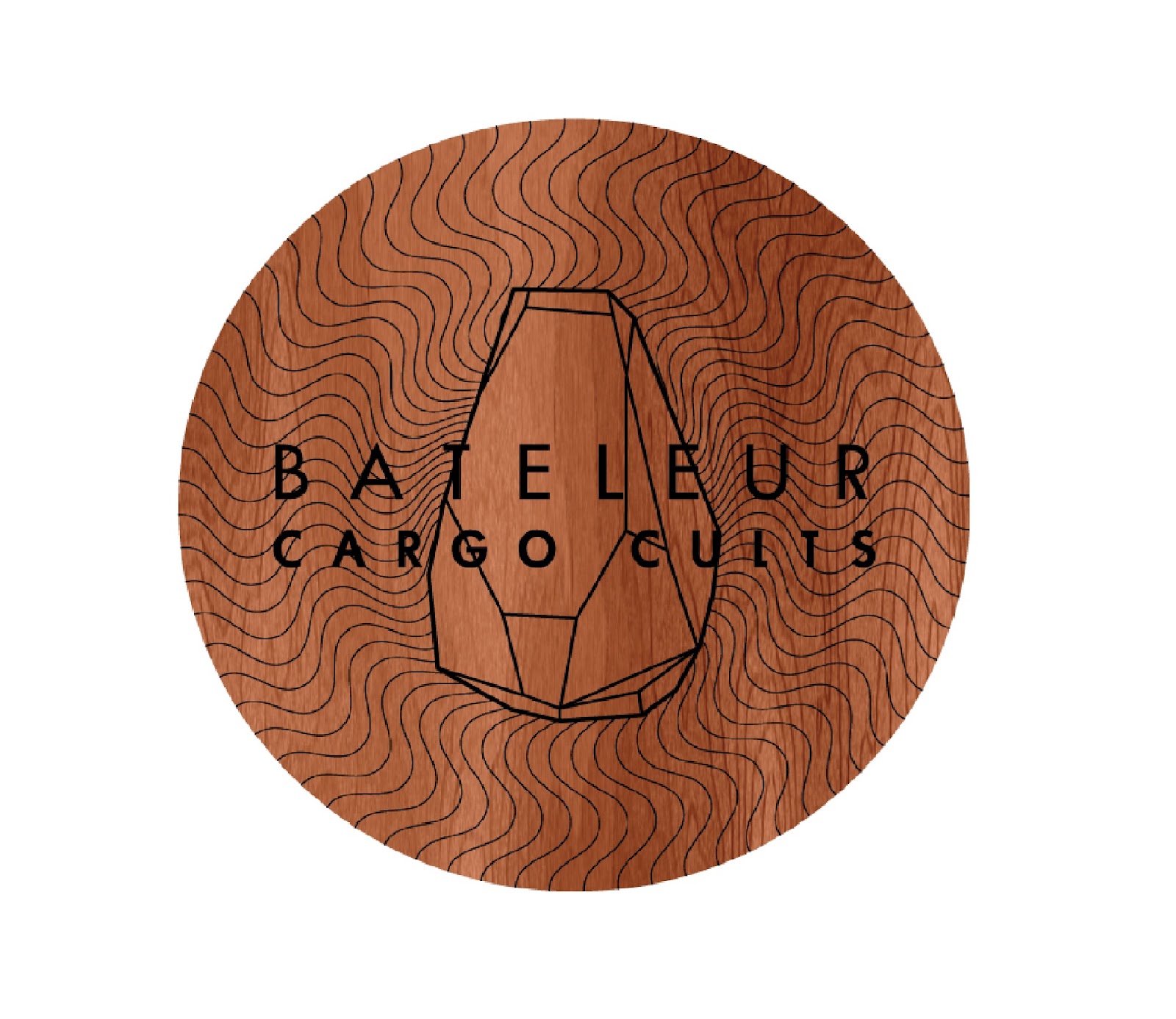 Hurry! You have a little less than a week left to bid on one of the incredible, one-of-a-kind artist editions of Cargo Cults, the fantastic second EP by Bateleur. 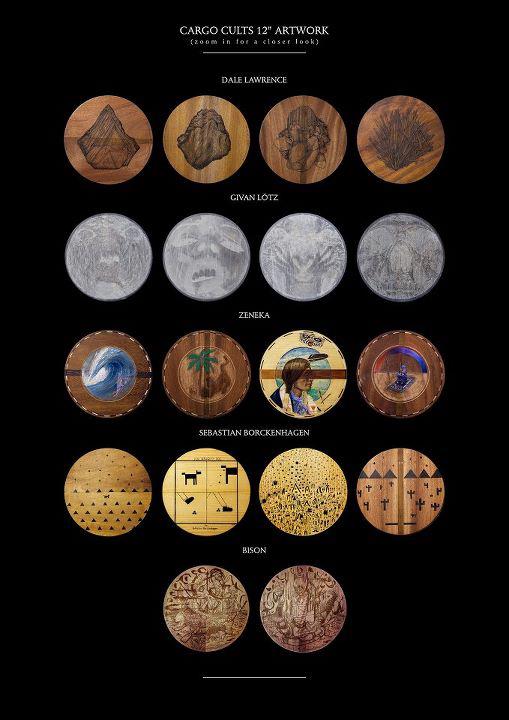 I've seen a fair amount of nicely packaged music in my time, but nothing really comes close to these 12" wooden discs, individually reworked by one of 5 great local artists. These unique homes for this wonderful collection of music are going out to their new owners at the end of this week so 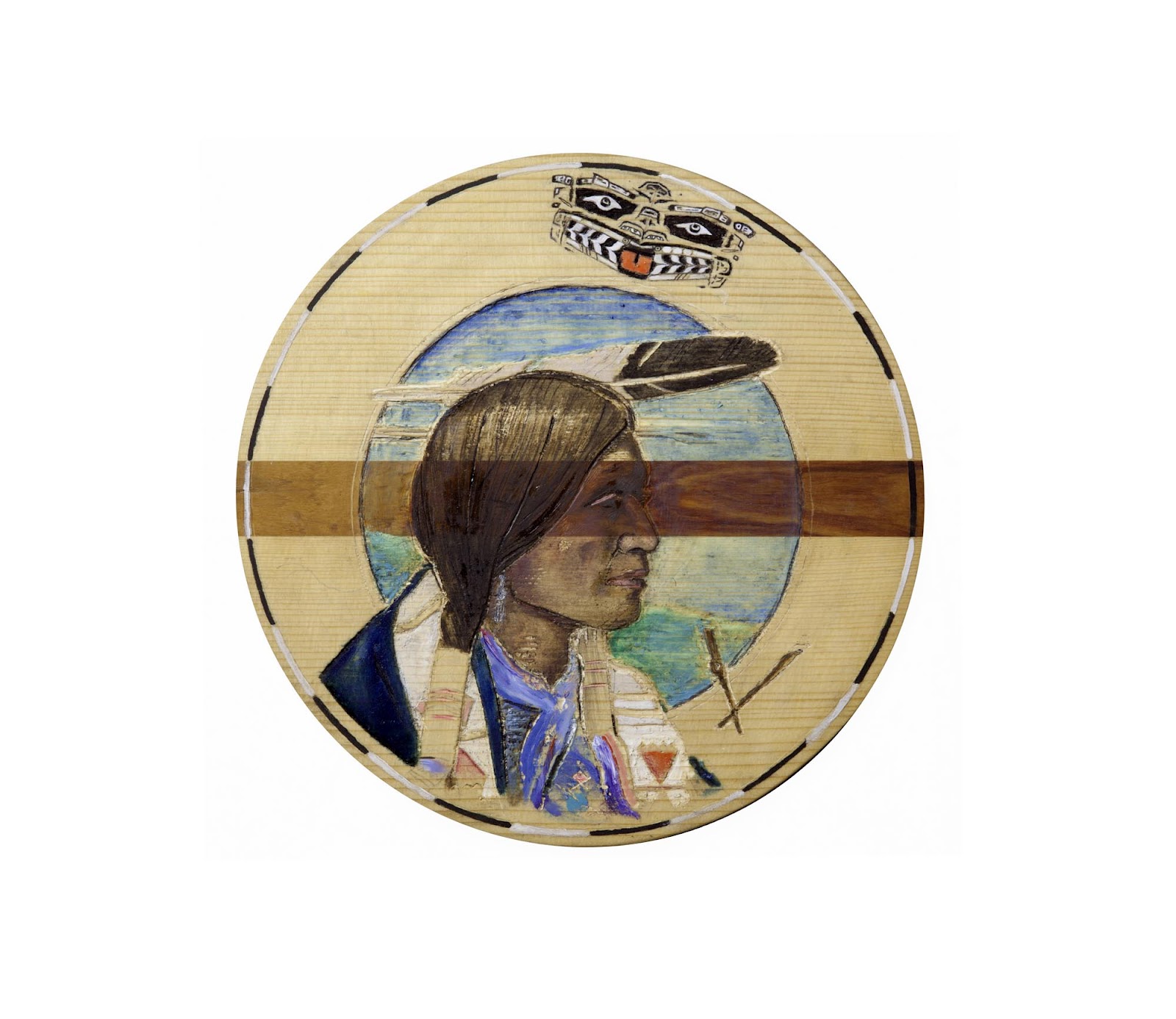 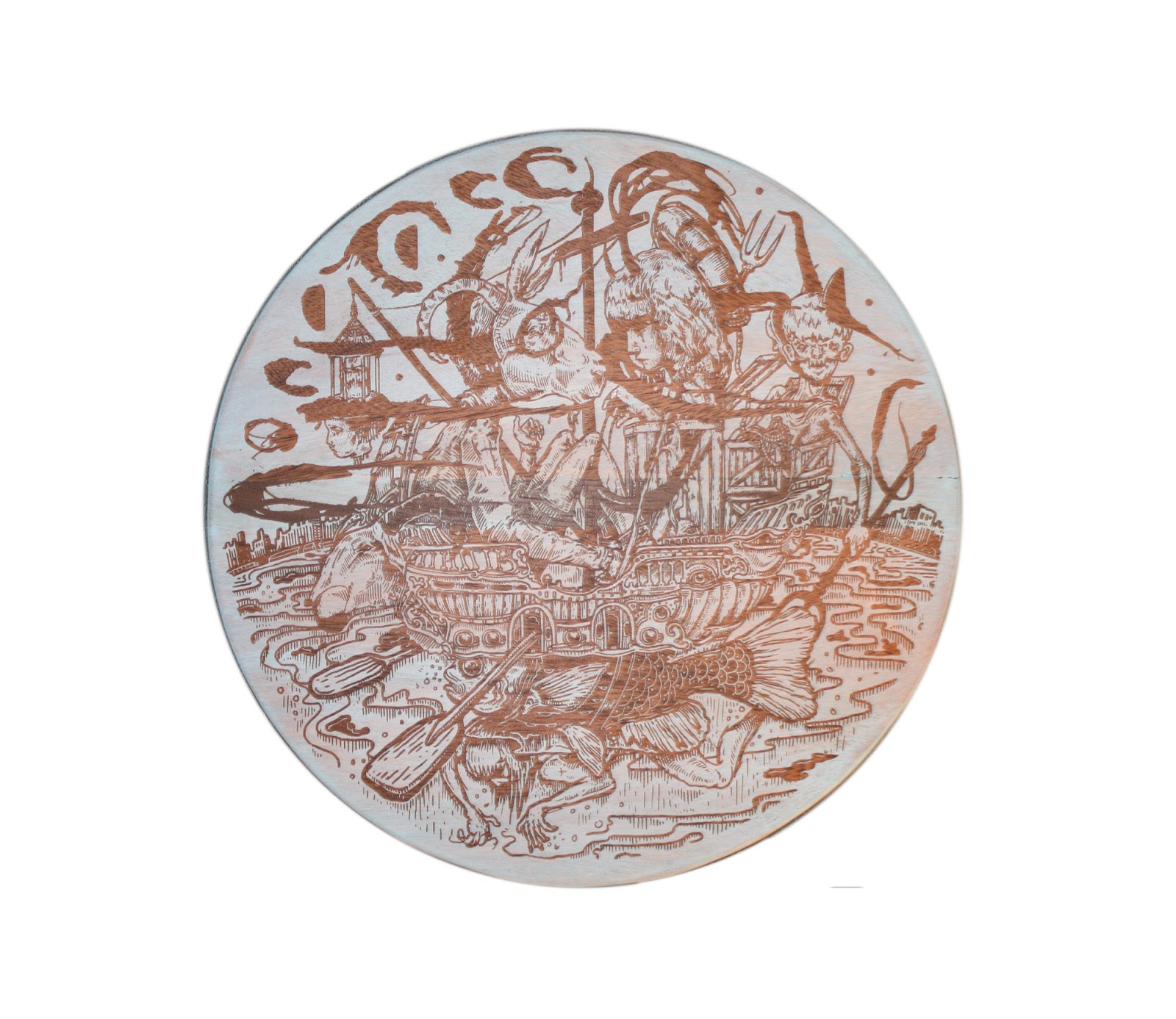 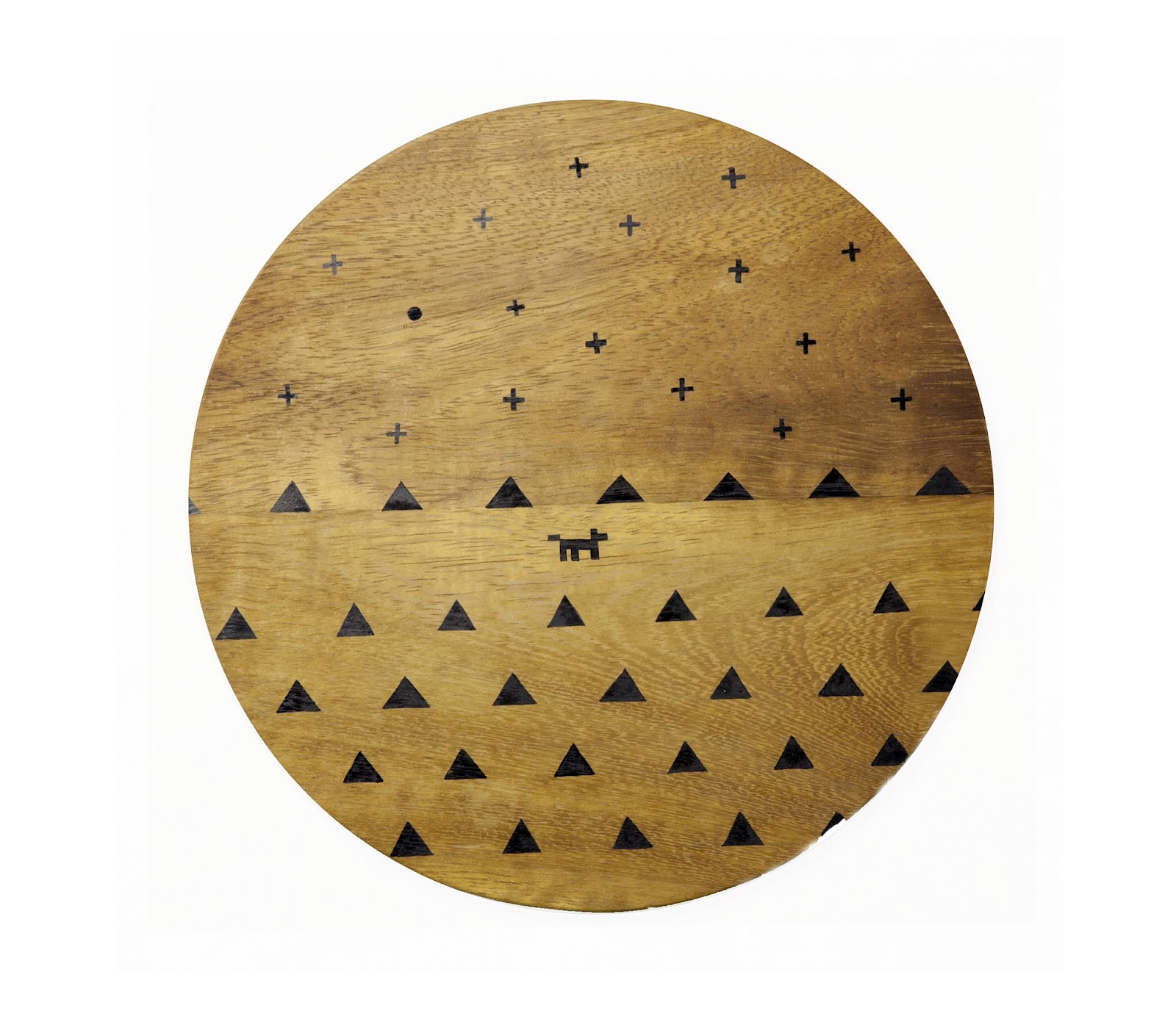 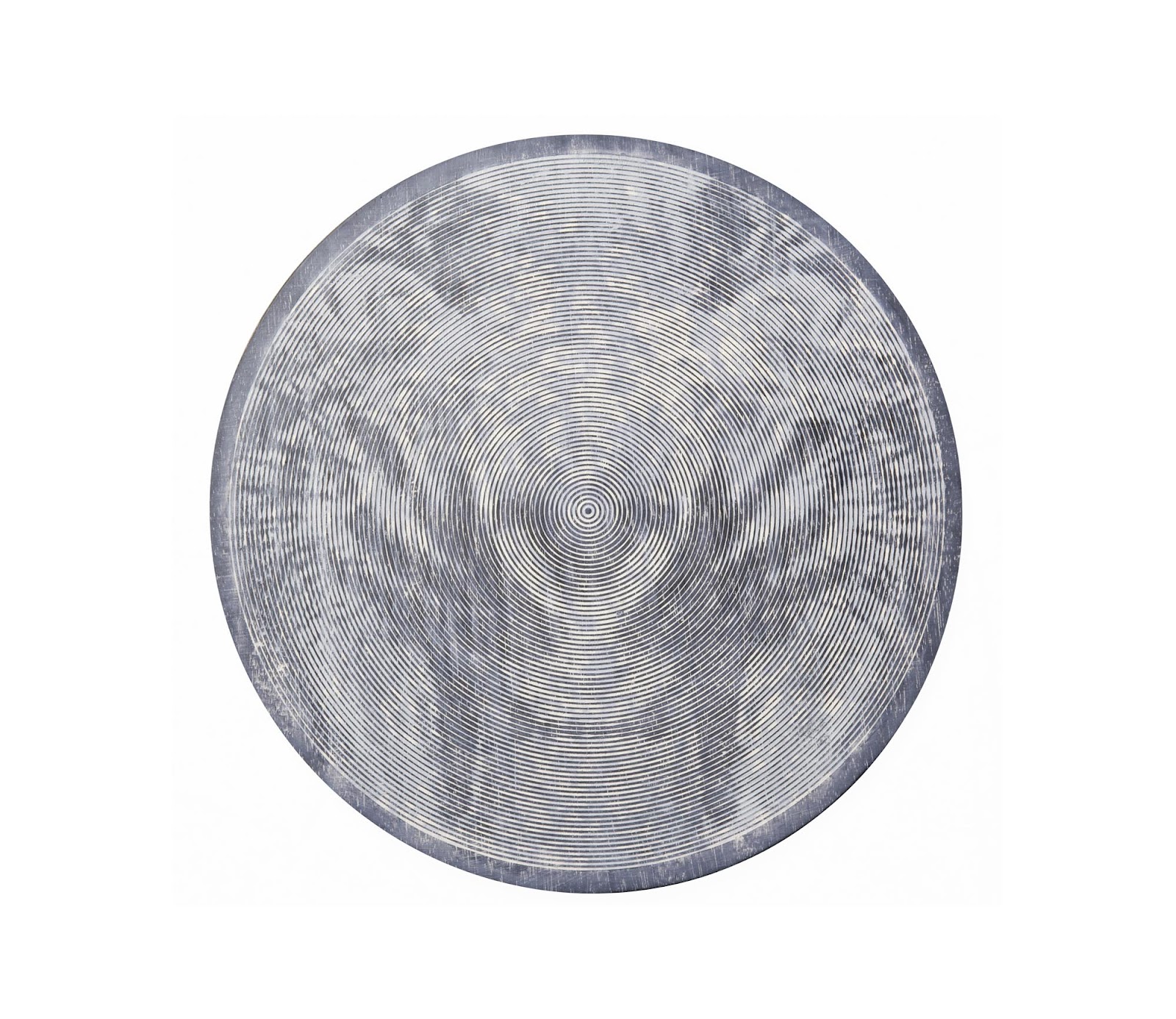 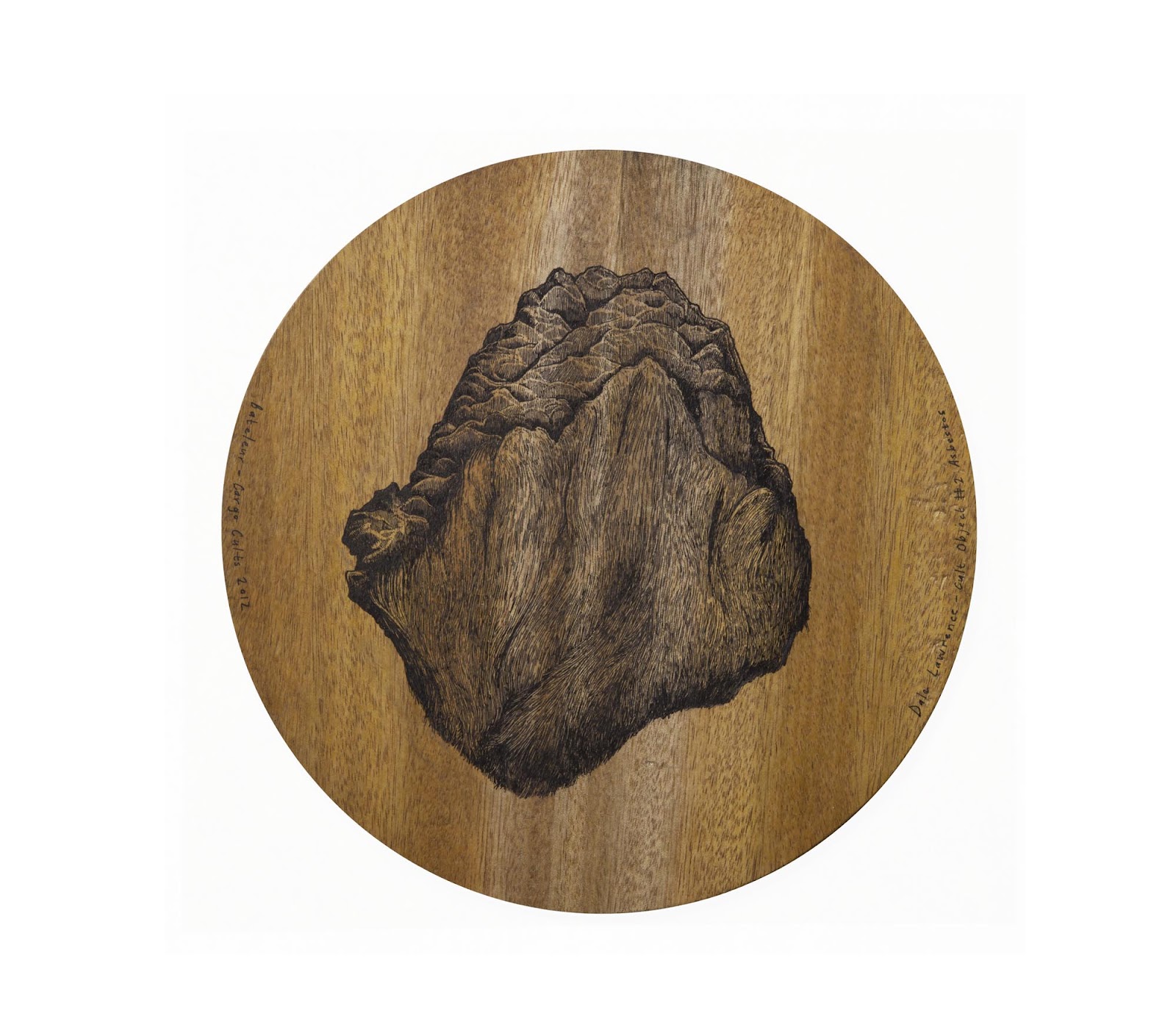 You are invited to a weekend of awesomeness!

There sure is a lot to be excited about going down between Joburg and Pretoria these days! To be honest, I was feeling like things have been dying down for a little while, but the past two weekends have been amazing and now another weekend full of all kinds of awesome looms! And it starts tonight!

Thursday's at Amuse have become the only home for underground live music in JHB. I can't stress enough how great it is to a quality live show going down ever single week. Tonight marks a particularly exciting installment in the series; Jozi's only certified surf-practitioners, The Moths, will be taking the stage! The band will also be joined by Emma Hearne & Kitsch (could have sworn I posted their Hanro Havenga-amazingified video somewhere on SMAC, but for now let me direct you here!) The Moths are up at 8 - so get through to this one early!

RSVP here!
Then on Friday night, the oh-so-gangster Untamed Youth returns to The City of Gold! As well as DJ love from We Are Awesome, the night will be graced by a set from Haasbroek, who'll be coming all the way from Cape Town just to give you ear-hugs! 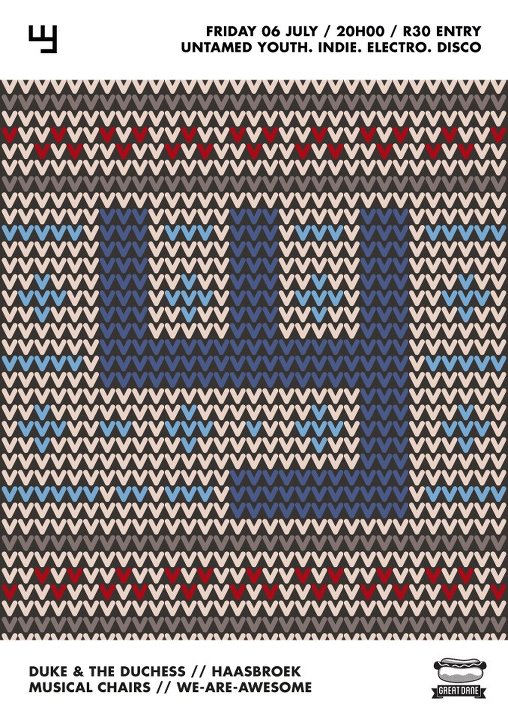 RSVP here!
As a warm-up/ cool-down from that awesomeness, I recommend pulling some shapes on the Amuse dancefloor with N.S.P, DJ DJ and Sassquatch (that's me!) as we break it down for the second installment of Like! 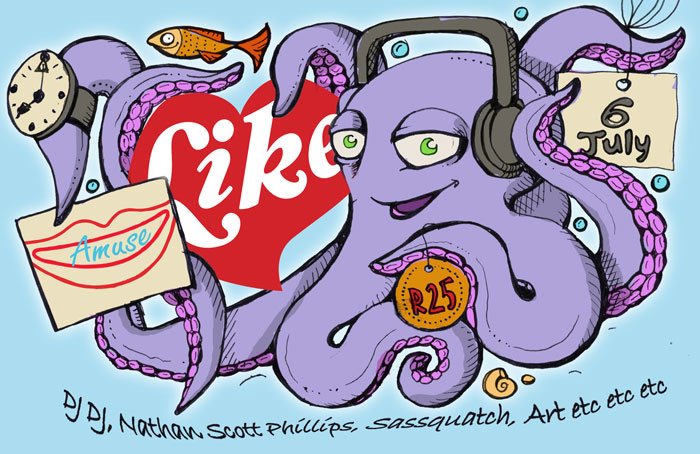 RSVP here!
Then, Saturday night is the big one!

It's jiving time with the sole-survivors of South Africa's 2006 indie-rock explosion, Desmond and The Tutus! 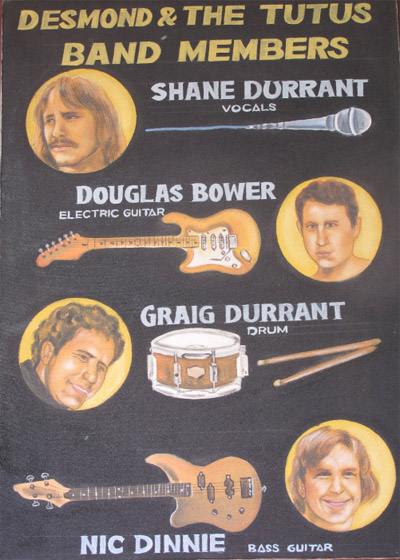 It' a party every time these 4 handsome faces take to the stage, but this Saturday at Mihouse is gonna be extra-radical! The band will be celebrating the launch of their killer new album Mnusic! I made it through the Pretorian launch party last weekend and it was a ludicrously fun night. I expect just as much fun this Saturday! Actually, make that "even more fun"!!! For their Joburg launch, the band have asked me to put on my Sassquatch suit and spin a couple of songs after their set! What's more, I'll be playing head to head, with the brightest new light in the Jozi party scene, Half 'n Half. If you've yet to see him behind a pair of decks, this kid is all kinds of awesome, and I can't wait to team up with him! 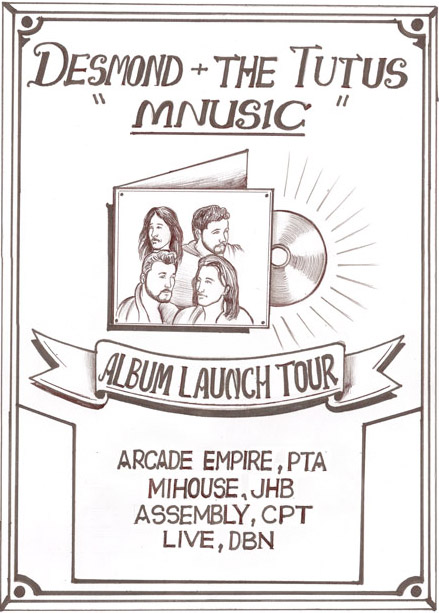 P.S. Mnusic features 11 great tracks to spin at your next house-party, PJ-party or fondue! It also features the best damn album art my eyes have ever seen! Be sure to bring along an extra R100 so you can leave the launch with your own little piece of this mnagic!

P.P.S. I realise this will be the first time any of us go to Mihouse! While the prospect of a new venue in Joburg is mega-exciting, it does mean people don't know how to get there yet. To solve this problem, here's a mnap: 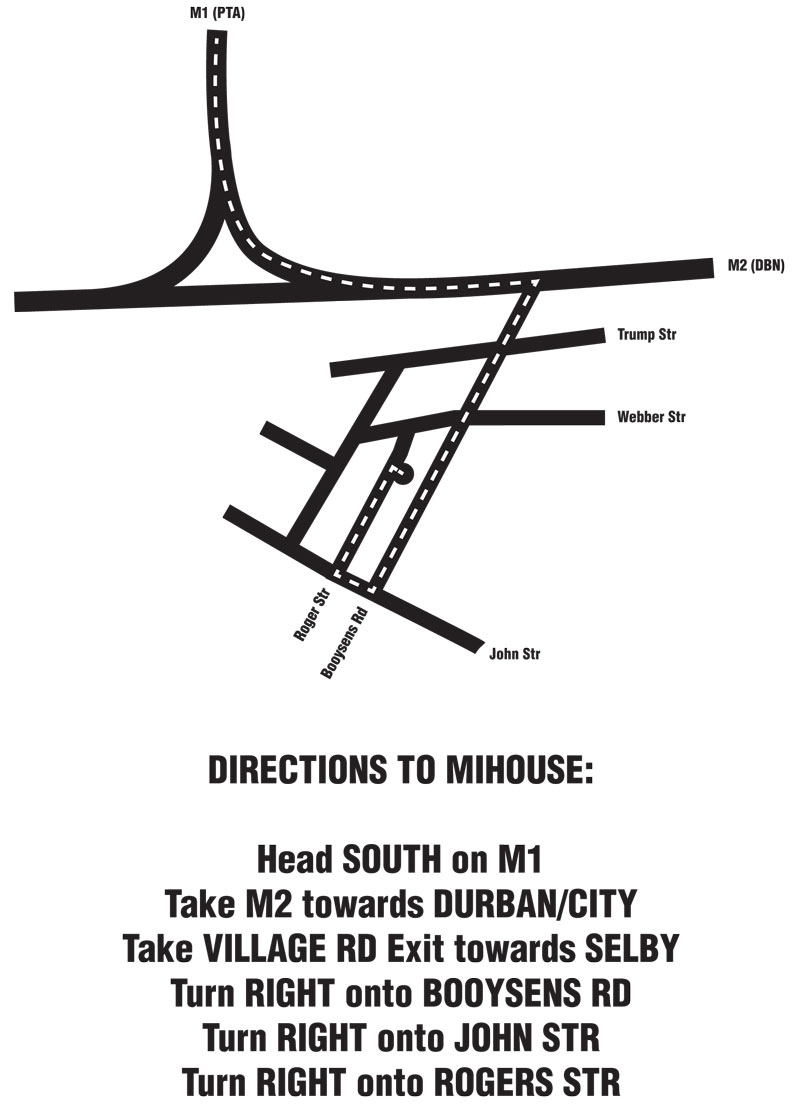