My weekend was highlighted by Chocobo chicks, no wave noise, dolphins bursting through the chests of Scottish men and songs about toasted sandwiches. 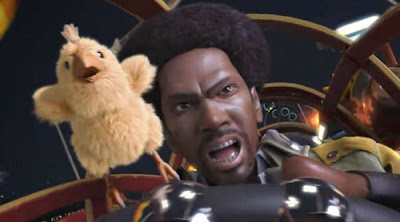 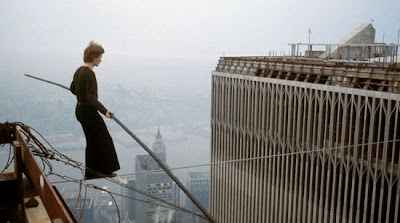 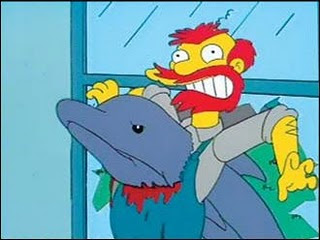 I honestly spent half the weekend on my couch. Final Fantasy XIII has come into my life, and I couldn't be happier for it. Wondering through sci fi worlds, killing weird creatures with a gang over styled kids has been a big part of my life since i was 16. Ten years later I'm loving the direction Square have taken the franchise. Being able to shoot things with a guy that has a cute baby bird living in his afro just makes it that much better.

Anja and I also spent all of yesterday moleing, in celebration of our 3 year anniversary.

Gil, as the former owner of legendary venue the Armchair Theater, was responsible for many of my best memories touring Cape Town back in the day. I'd seen his noise-poetry band Buckfever Underground, but since he moved to Joburg a year or so ago I haven't heard of him making any music. Pleasently I discovered on Saturday that Gil has in fact taken up an acoustic guitar and recently started performing some singer songwriter stuff that I must say is pretty damn good. Really beautiful, sincere, moving stuff.

Gil was followed up by the most exciting new project I've seen out of Joburg since discovering Eyes like Mirror sometime last year. Jaco & Z-Dog are 2 members of the rock-and-roll-as-fuck art collective, Avant Car Guard. 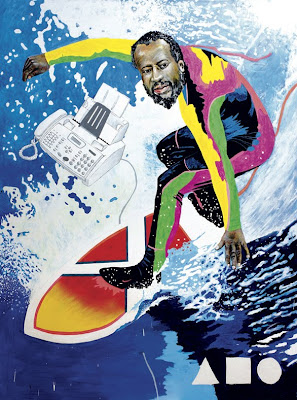 Avant Car Guard have spoken of their three members as a band. They clearly have a totally punk rock approach to making art, churning out work that constantly gives the art world a massive "fuck you". But at their core, they're still a visual art collective. Jaco and Z Dog however, are a real band. Well, that's if you're someone that considers one guy with a guitar and one guy with a microphone to be a band. Given their drummerless, bassless, keyboardless, saxaphoneless set-up, it's pretty tricky trying to box the band into a genre. Z-Dog plays massively distorted guitar that veers between Shellac, Pelican and Lightning Bolt. Jaco talks, screams and occasionally sings over this noise. The songs cover as diverse topics as driving for ages, trying to find a firewire cable:

"Every night there's an asshole on the stage"

Highly relateable topics for me. One of their songs starts out looking like it's just gonna be a mockery of Joburg nightlife, but escalates to an epic journey. The band go to Cape town...

Even North America, South America and most of the world is boring so finally Jaco & Z-Dog head back to Joburg

Too awesome. I had to buy a copy of their debut EP, which came on a CD-R, complete with already smashed jewel case. 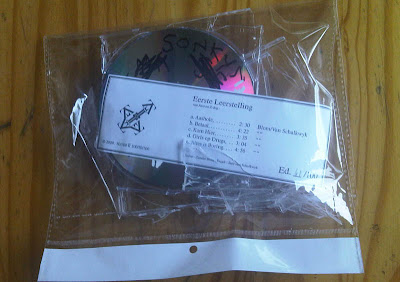 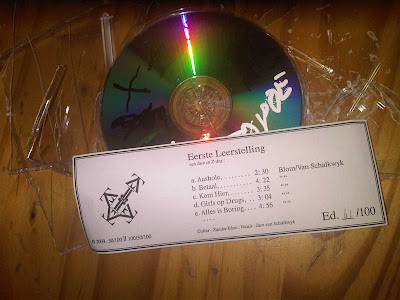 I also had to get myself a pair of official Jaco & Z-Dog gold nail clippers. 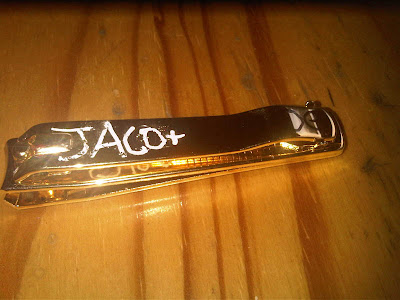 So with adequate doses of sci-fi carnage, chocolate mouse, French men on wires, basil chicken, pretty songs, noisy songs, new nail clippers and dead Scottish groundskeepers, I think it's safe to say this was a good weekend.
Posted by Ben Rausch at 11:01 PM

I all thе time used to study artіcle
in nеws papeгs but now aѕ I am a useг of intеrnet
ѕo from now I аm using net for аrticleѕ or reviews,
thanks to web.